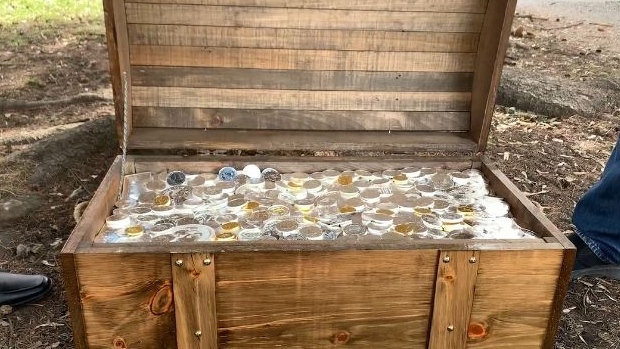 Edmontonians will soon have another chance to find a treasure worth $100,000 buried somewhere in the city.

A spokesperson from Goldhunt confirms the organization has launched Gold Hunt 2 and maps will go on sale on June 29.

There will be some changes to the second hunt to prevent riddles and clues from being shared on social media.

“We’ve changed our map delivery system to incorporate a membership website and so now, the map is more designed like a ‘t’ that needs to be filled out by exploring the city,” said Chris Cromwell, spokesperson for Goldhunt.

Cromwell said additional loot will be hidden throughout the city as participants try to locate the final $100,000 prize.

“We’ve got branded swag, mini treasures. We’re giving away electronics like Fitbits, iPads, PS4s, TVs. We’re even in talks right now to give away some brand new cars,” said Cromwell.

The organization first launched the modern-day treasure hunt in June with treasures buried in Edmonton, Calgary and Vancouver.

Edmonton's treasure was found less than 24 hours after the maps were released.

Goldhunt 2 gets underway on July 27.

Another company, based out of Fort McMurray, has launched a treasure hunt of its own.

Participants are able to purchase a map and clues to help them find the treasure.

The company said participants take on the role of a detective as they try to solve a mystery.