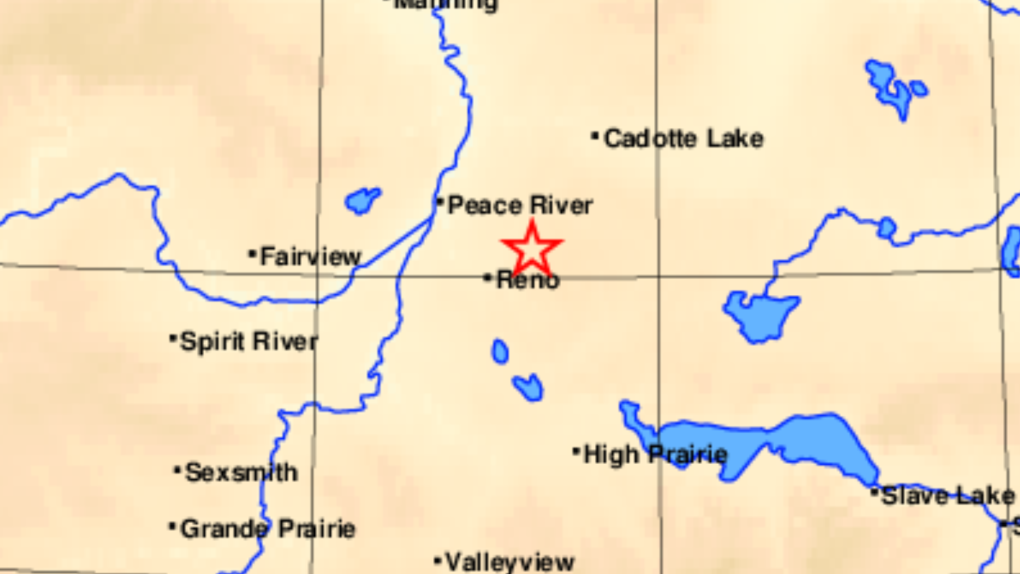 A 4.1 ML earthquake was recorded in the Peace River region of northern Alberta just after midnight on Nov. 23, 2022. (Source: Earthquakes Canada)

A 4.1 ML earthquake was recorded in the Peace River region of northern Alberta just after midnight on Wednesday.

The five-kilometre-deep earthquake at 12:22 a.m. was located about 50 kilometres southeast of the town of Peace River, about 500 kilometres northwest of the province's capital city, according to Earthquakes Canada.

Both Earthquakes Canada and the European-Mediterranean Seismological Centre ask anyone who feels an earthquake to report it.

According to the Earthquakes Canada database, 10 earthquakes with a magnitude of 4.0 ML or greater have been recorded in Alberta in the last decade, the largest of which – a 5.0-magnitude quake – was recorded near Rocky Mountain House in October 2021.

An earlier version of this story stated Peace River was about three hours northwest of Edmonton. It is roughly 500 kilometres northwest of the capital city.

Australia is removing monarchy from its bank notes

The organization regulating medical care and services in Manitoba is apologizing for racism directed towards Indigenous people when accessing health care in the province.

A Quebec woman said she was very surprised to find her stolen Audi had been used in what’s being described as an “absolutely insane” Ontario mall theft.