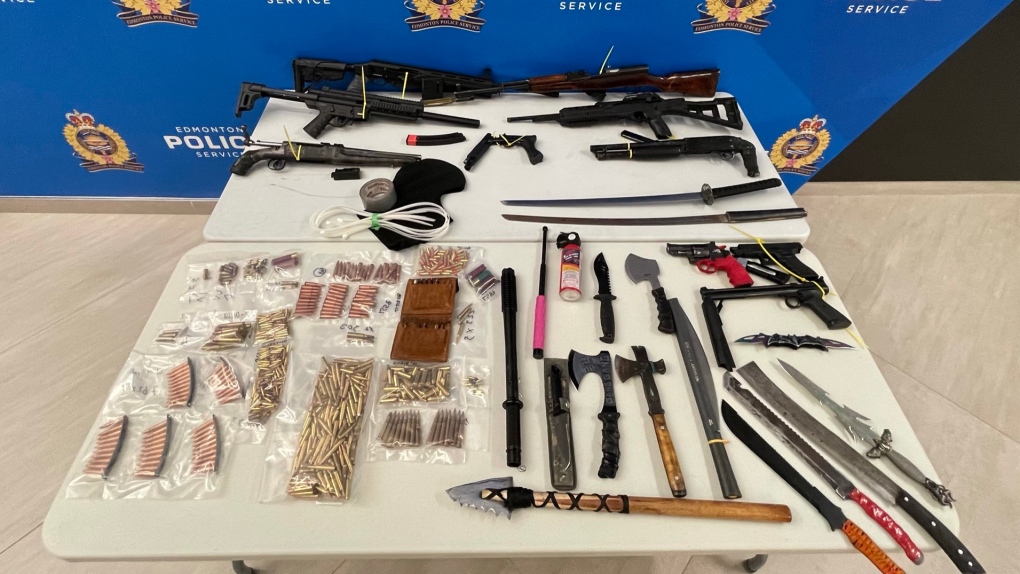 A photo of the guns and ammunition seized by Edmonton police after a search of a home in northwest Edmonton (Supplied/Edmonton Police Service).

EDMONTON -- Police seized multiple firearms and approximately $16,500 worth of drugs in northwest Edmonton.

According to police, officers from the northwest division began an investigation into a home in the area of 118 Avenue and 95 Street back in April.

A search of the home on May 14 resulted in police locating seven firearms and ammunition, including a 9-mm High Point model 995 rifle, .22-calibre Chiappa Little Badger, .22-calibre GSG Model 16, 410-gauge shotgun, and a 7.62x39-calibre SKS rifle.

Four people were taken into police custody but released without charges.

Adam Willis, 47, of Edmonton faces 34 criminal charges. Some of the charges he faces include: