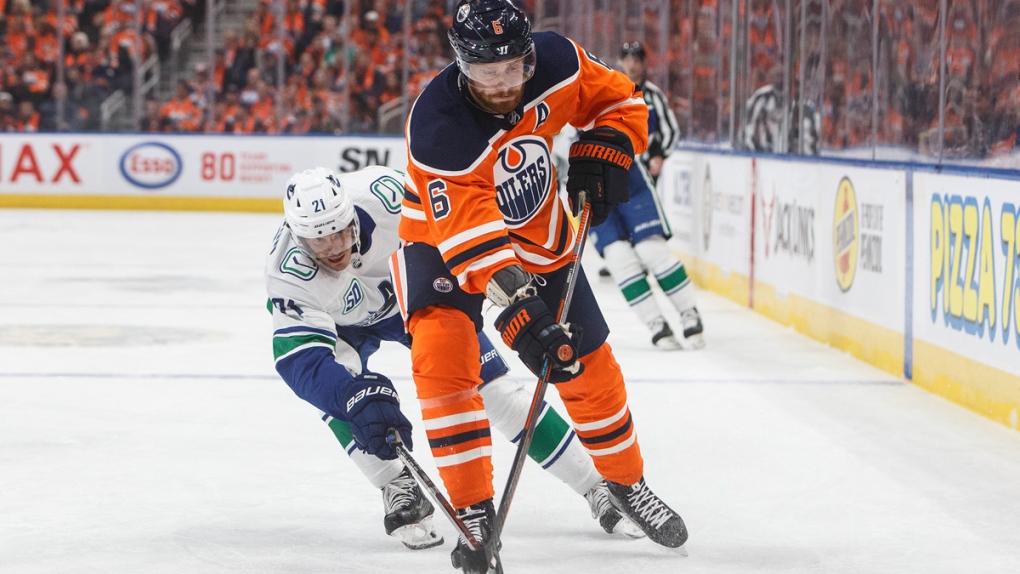 Larsson is signing a four-year contract worth $16 million with the newest NHL franchise.

Larsson, who the Oilers got in a trade for forward Taylor Hall in 2016, was a pending free agent.

The Oilers left him unprotected after they traded for veteran defenceman Duncan Keith last week.

“He is obviously an unrestricted free agent,” Oilers general manager Ken Holland said recently, “and Adam has to make a decision as to what he feels is best for himself and his career.”

The Oilers are in negotiations with defenceman Tyson Barrie after Larsson signed with Seattle, TSN's Darren Dreger reports.

Oilers will re-engage with Tyson Barrie. There’s been preliminary discussion...expected to intensify with Larsson leaving. Term is going to be the sticking point for Barrie. Don’t think the Oil want to go to 5 years. Does 4 x $5mil get it done?

The Seattle Kraken's 30 picks will be revealed beginning at 6 p.m. MDT.