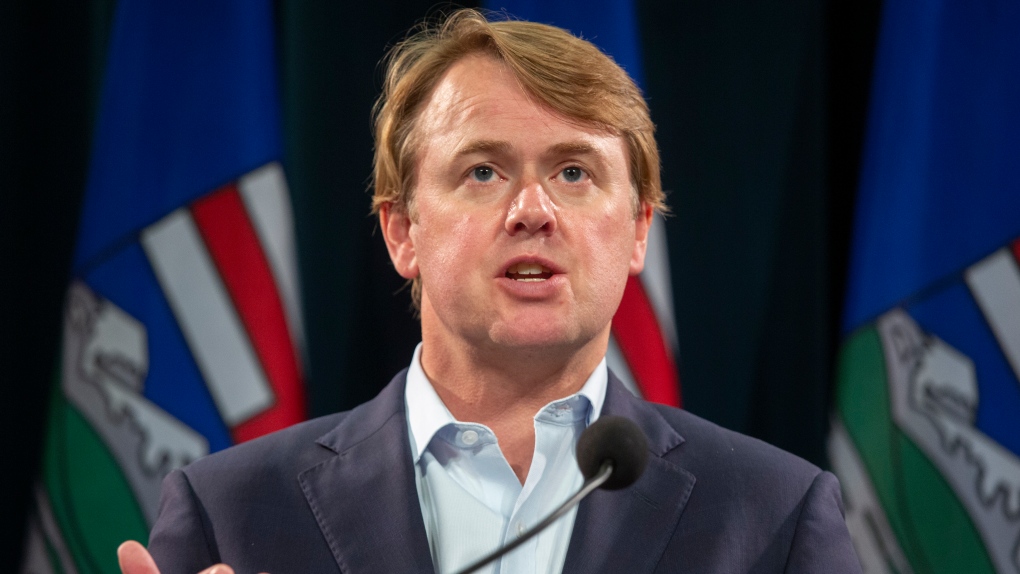 Alberta's Minister of Health Tyler Shandro answers questions at a news conference where the provincial government announced new restrictions because of the surging COVID cases in the province, in Calgary, Alta., Friday, Sept. 3, 2021.THE CANADIAN PRESS/Todd Korol
EDMONTON -

Alberta Justice Minister Tyler Shandro is to face a three-day disciplinary hearing in October before the self-governing body that sets standards for lawyers in the province.

The Law Society of Alberta is investigating three allegations against Shandro of unprofessional conduct.

The society says the three-day hearing is to be held online starting Oct. 17.

Shandro, who is a lawyer, is facing accusations related to when he was Alberta’s health minister.

One complaint alleges he confronted a neighbour in public over criticism of the health-care system.

Another alleges Shandro used his ministerial position to obtain cellphone numbers for members of the public.

A third alleges he responded to the writer of an email addressed to his wife by threatening to refer the person to the authorities if future emails weren't addressed to Shandro.

This report by The Canadian Press was first published May 25, 2022.

After 'Freedom Convoy,' Canadian flag has taken on new meaning for some this year

The 'Freedom Convoy' demonstrations that gridlocked the streets of Ottawa in February may seem a long way off in the July sun, but the memory of protesters draped in flags, waving them while singing the national anthem and hanging them from the trucks whose horns blared day and night is still fresh for locals.