Before opening Seasoned Solutions in 2005, Hall owned Gourmet Goodies catering for 18 years. Her award-winning catering company grew to become one of the largest in Canada.

She appeared on CTV News programs a number of times over the years, demonstrating a variety of recipes for viewers.

Meanwhile, Hall was active in the community. She served on the board of directors for Theatre Network, was a former president of Cuisine Canada, and has been named YWCA Entrepreneur of the Year. She had also been awarded the Mayor’s Award for Sustained Support of the Arts, and was granted a Milner Fenerty’s Pinnacle Award for Business.

She had been diagnosed with breast cancer for eight years, and she was receiving treatment. It had recently spread to her lungs, liver and brain. 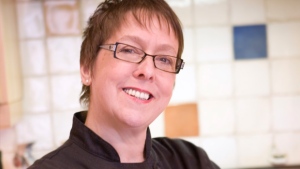