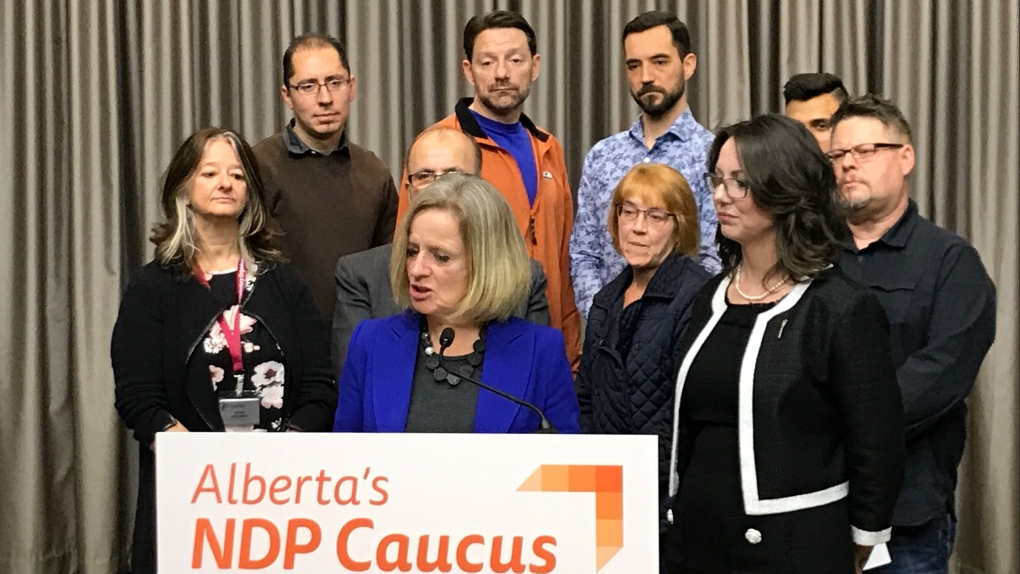 NDP Leader Rachel Notley was joined by various community league representatives to speak out against planned cuts to funds that the groups say are crucial to them. Dec. 4, 2019. (CTV News Edmonton)

EDMONTON -- Community leagues in Alberta say they're concerned the UCP government's $70-million funding cut to two programs could force some volunteer-run groups to shut down.

"Cuts to this program will have a devastating and lasting impact on how our neighbourhoods thrive within our city, and our province.”

Members of the Strathearn Community League said they received $125,000 from the CFEP grant in 2018, which paid for 12 per cent of a community centre opened that April.

"Our league not only delivers programs and events for youth, families and individuals, but we are also the public voice of the community to the City and the Province. This change could effectively silence that voice, which very much deserves to be heard," said treasurer Jason Ruhle.

The budget also calls for the $1.4-billion Alberta Lottery Fund to be moved to general revenue instead of going to non-profits, which the community leagues worry could be a sign more cuts are to come.

The federations for both Edmonton's and Calgary's Community League Federations have written to Alberta Premier Jason Kenney explaining the effects that cuts would have on their organizations.