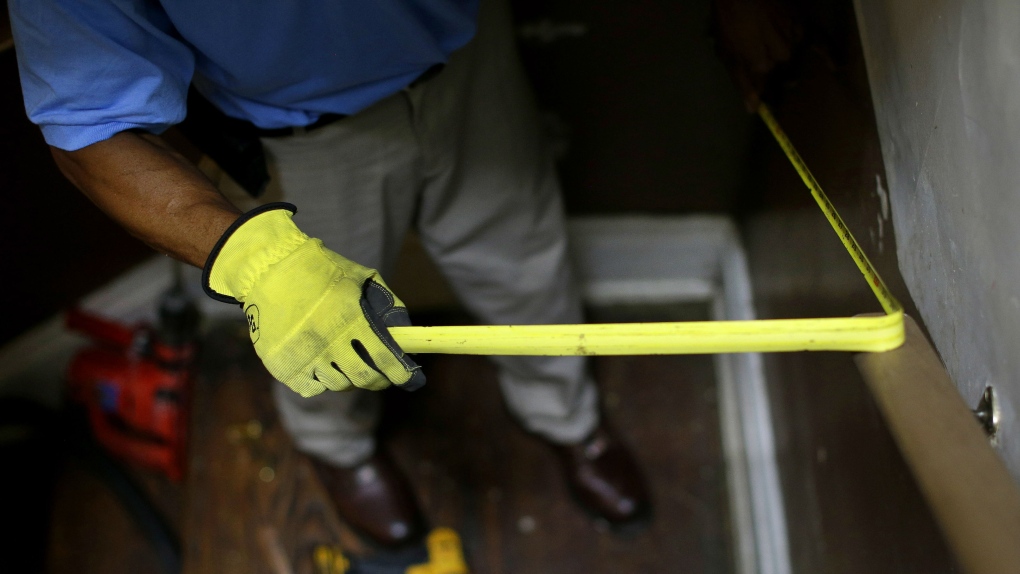 This file photo shows a home inspector at work. Home inspectors are licensed by the province of Alberta but is unregulated in some other provinces.

A former Edmonton politician has been held jointly liable for $113,000 in damages after a judge ruled he botched a home inspection.

Lance White was found to have “failed to meet the standard of care of a professional engineer” when inspecting a home ahead of its sale in May of 2010, according to an Aug. 28 ruling from Court of Queen’s Bench Justice Anna Loparco.

“His inspection was cursory at best and did not meet the standard of care expected of a structural engineer."

In her ruling, Loparco attributed 75 per cent of the damages to White, with the other 25 per cent to the sellers of the home, Patrick MacDonald and Rhonda McEachen.

The three were sued for damages by the new homeowners who alleged MacDonald, McEachen and White voided the home sale contract's warranty by misrepresenting the condition of the house.

“Mr. White was hired to investigate a specific structural concern,” she wrote. “The Buyers relied on his expertise to their detriment.”

He has been a licensed engineer since 1974, holds a P.Eng designation and has specialized in working on house foundations since about 2004, according to court documents.

His lawyer declined comment when reached by CTV News.

The case stretches back to May 2010 when MacDonald and McEachen reached a deal to sell their Parkallen home to Edward Kent and Teresa Tomsky.

An initial home inspection found a half-inch wide crack running along a basement wall. The inspector advised it was a structural concern and recommended contacting a foundation repair expert.

White was hired by MacDonald and McEachen on May 15, 2010 to perform another inspection.

Court documents show White wrote in his report that the crack occurred “relatively early in this foundation’s life” and that the home “far exceeds the definition of a structurally sound house.”

White’s report addressed the buyers’ concerns and the sale went ahead and closed on June 30, 2010.

By October, Kent and Tomsky began noticing a musty odour, the presence of mould and discolouration of a basement wall.

Two months later, a handyman noted more mould as well as a crack that spanned three basement walls, eventually forcing the homeowners to replace an entire foundation wall and portions of two more.

A further inspection in September of 2011 found mould on all four basement walls and significant concrete spalling where the material breaks down into small pebbles.

“Mr. White conceded the crack was not inconsequential or minor,” Loparco wrote.

“After reviewing the photos taken after the drywall was removed, he agrees that the foundation suffered deleterious effects due to water damage. Had he known about the spalling, his recommendation would have been to regrade the property immediately.”

Also at issue was a 2005 home inspection that MacDonald and McEachen had received when they purchased the home in 2006 that outlined issues with the basement’s concrete.

Loparco chastised MacDonald for knowing the report existed, but failing to provide it to the buyers, believing that he didn’t have it and it was irrelevant given subsequent inspections, including White’s.

“If his searches turned up empty, he should have at least advised the Buyers that there were issues identified in the report.”

Loparco ruled that failing to produce or even indicate the report’s existence constituted negligence, and assigned MacDonald and McEachen a quarter of the $113,064 in total damages, plus costs and interest.

“The Sellers failed to disclose the existence of a report detailing a structural issue with their Home by omission,” she wrote.

“The Sellers and Mr. Lance White are jointly and severally liable for the damage caused to the Home.”

Both Kent and his lawyer declined to comment on the ruling.

MacDonald and McEachen’s lawyer did not respond to emails from CTV News.

Any appeals must be made before Sept. 29.