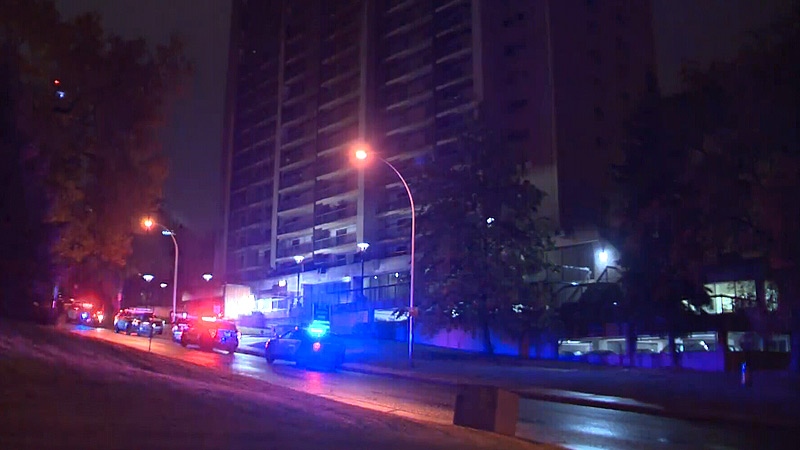 One person was taken to hospital with a gunshot wound after shots were fired in an apartment on 98 Ave. and 104 St. early Wednesday, September 12, 2018.

One man has been charged in connection to a shooting that happened in downtown Edmonton earlier this week.

On Wednesday, September 12, officers were called to an apartment building on 98 Avenue and 104 Street at about 4 a.m.

Police said an argument between two men started at a party in an apartment, and a 28-year-old man was shot in the upper body. He suffered serious, non-life-threatening injuries.

Rashid has been charged with aggravated assault, careless use of a firearm, and using a firearm in the commission of an offence.