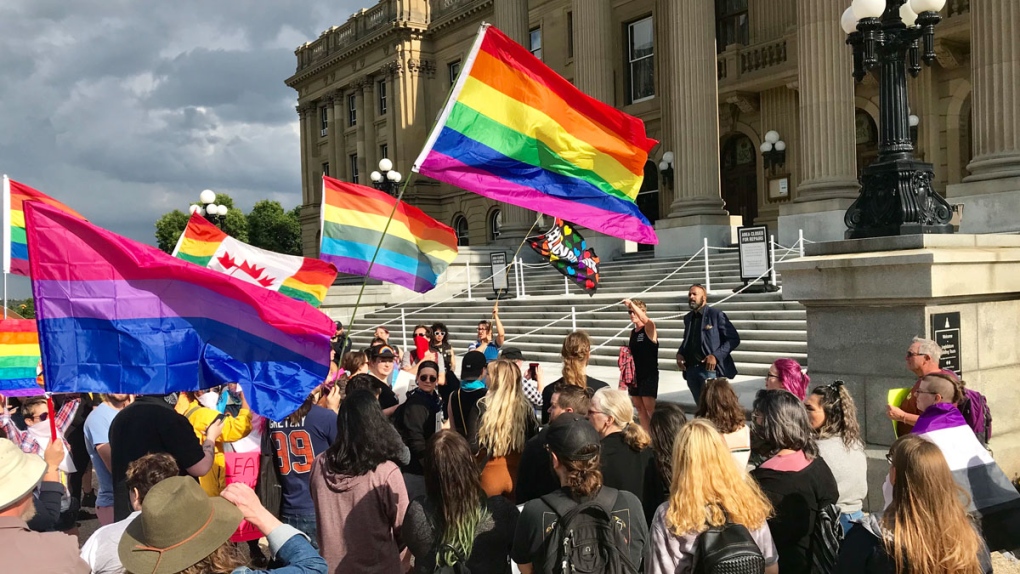 Dozens protested Bill 8 at the Alberta legislature on Monday, July 15, 2019.

With pride flags in the air Alberta legislature steps, dozens of people protested the government's Bill 8.

"I think this government was hoping that the whole Bill 8 issue would disappear over the summer, but as you can see, there's quite a few folks out today who continue to protest 'Bill Hate' and be here to support queer and trans kids across the province," Irwin said.

Two men showed up to protest the rally, but police remained around to ensure safety.