Edmonton hotel ordered to close by health officials after fire 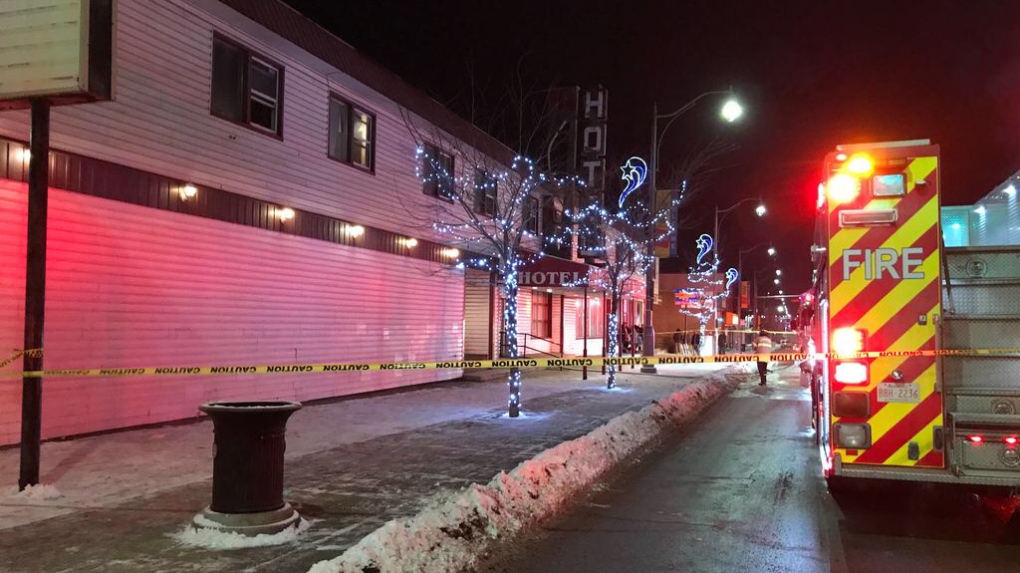 Jasper Place Hotel was cordoned off after firefighters were called to the west Edmonton location Dec. 23, 2019.

EDMONTON -- A hotel in west Edmonton has been ordered to close by Alberta Health Services (AHS) after a fire may have spread hazardous material to different areas of the building.

The blaze broke out at the two-storey Jasper Place Hotel on Dec. 23.

The fire caused extensive damage to the east wing of the second floor of the hotel, affecting materials that contained asbestos.

AHS could not confirm whether any contaminated air from the fire had spread to other parts of the building.

Due to the health concerns, AHS ordered the hotel to be closed.

The hotel can be reopened once its owner completes a list of requirements set out by AHS, including  hiring an environmental consultant to assess the fire damaged material and cleaning and remediating  all impacted areas.

The notice was issued to the owner and operator of the hotel on Dec. 24.