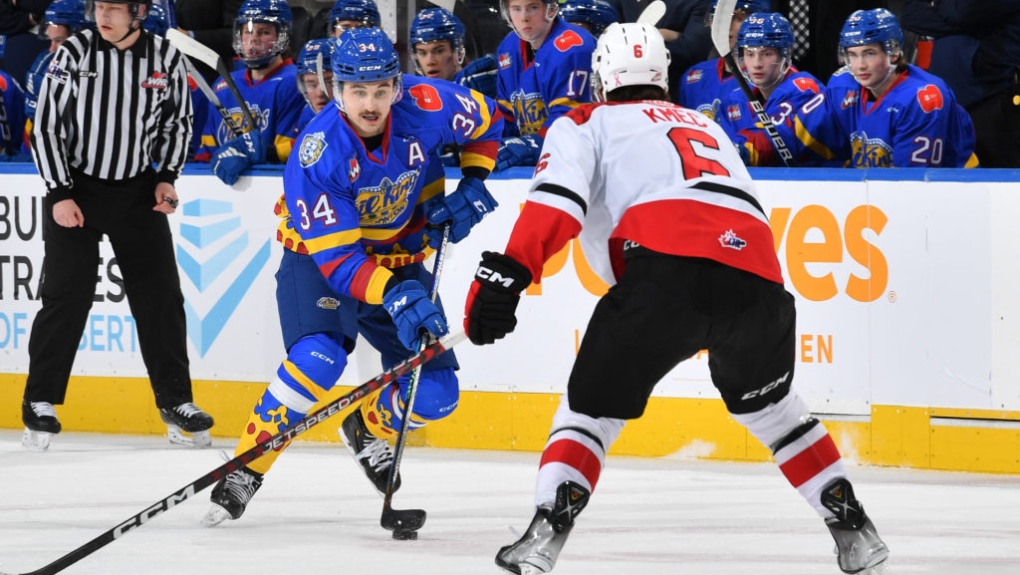 The Oil Kings lost a third straight game, this time against the Prince George Cougars, Saturday at Rogers Place.

The first goal came just over 11 minutes into the first period from former Cougar Noah Boyko, giving the Oil Kings a 1-0 lead. The Cougars had 13 shots on net that period, but none made it past goalie Kolby Hay.

Prince George did get on the board with 5:56 left in the second, Koehn Zeimmer scoring on the power play.

Less than two minutes later, Cole Miller scored for the Oil Kings, his seventh goal of the season, making it 2-1 for Edmonton after the second period.

The Cougars surged ahead in the third with a goal from Zac Funk a second from Zeimmer within the first eight minutes of the third.

The Oil Kings struck back with less than five minutes left in the game, Marshall Finnie tying the game at three each.

In overtime, former Oil King Jaxsen Wiebe set up Chase Wheatcroft to clinch the game for the Cougars.