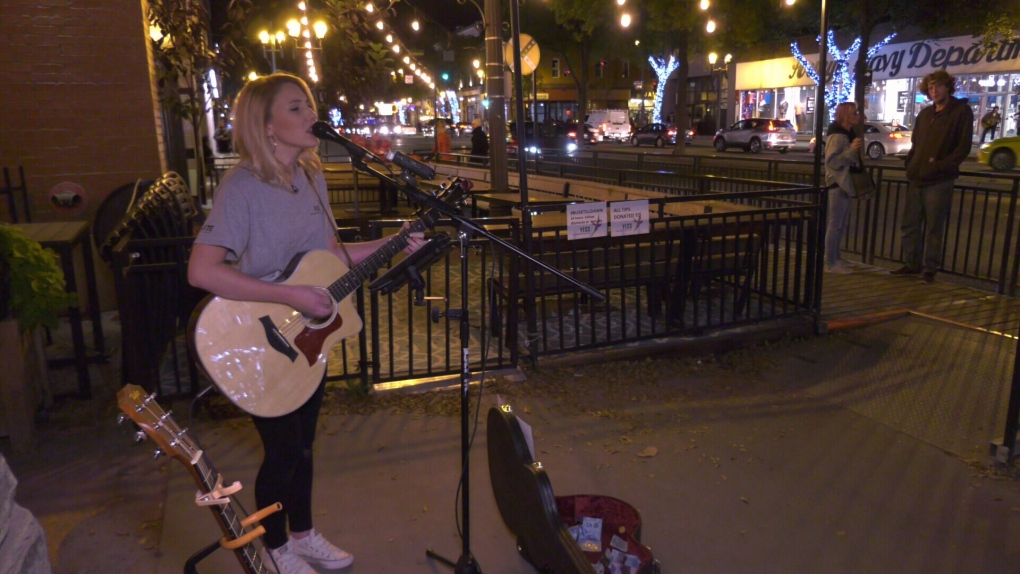 Julia Vos is a local performer with Project WILD Alberta, and says the organization helps artists hone their craft, but also encourages them to use it for good.

So when the opportunity presented itself to raise money, Vos said it was a no-brainer.

“I’ve been working with kids my entire life, whether it be educating or volunteering. And so immediately knew I wanted to work with YESS.” said Vos. “And I thought, I have a platform now to do something large scale.”

Vos says that she wants to raise awareness for youth homelessness and traumatized youth, and to raise funds for the youth emergency shelter.

She says she wanted to raise as much money for YESS as possible, so she started the campaign on Monday at the Edmonton International Airport, where she usually busks.

She says before they started busking on Whyte Avenue they’d already raised $1000.

“I’d love to double what we have so far. But if we can go beyond that, even better.”

“It might be small when they drop it in, but when you add it all up, especially over 24-hours it’s going to make a really huge difference.”

She says they chose to do the 24-hour fundraiser on Whyte Avenue to highlight the issues, such as poor weather and lack of shelter that at-risk youth face.

“It’s not so simple for youth to be out on the streets, they have to suffer these things as well. That’s why we want those donations to help them.”

They started busking Friday night on Whyte Avenue near Malt and Mortar, but Vos says any location changes can be found on her Instagram and twitter.

On hour 9 of #busktilldawn. It’s 5 am... and I gotta say the nights are the hardest. Be thankful for any support you received as a youth, and having a roof over your head. Help out youth in need by donating to https://t.co/LTezc6uKpL

Vos says if you can’t make it in person, you can also donate directly to YESS on their website.