Edmonton wakes up to first major snowfall of the season 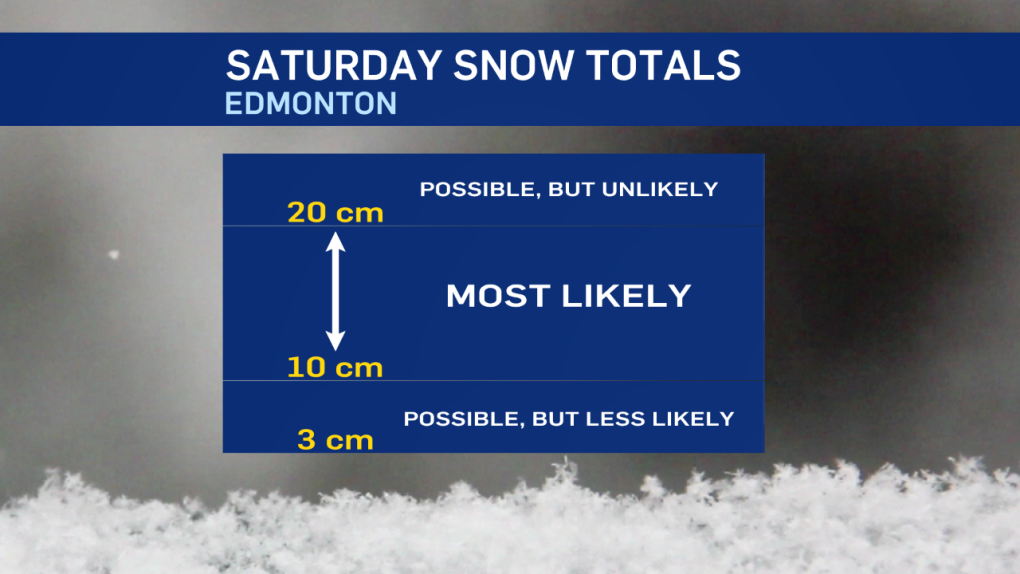 EDMONTON -- Edmontonians woke up to the city's first major snowfall of the season on Saturday morning.

CTV News Edmonton meteorologist Josh Classen says 10-20 centimetres of snow will likely be on the ground in Edmonton and surrounding areas by Sunday morning.

"There's still a little bit of uncertainty with where the heaviest band of snow will sit. It could be right over Edmonton and give us 20. Or, it could be just east of the city and leave us with closer to 10 cm. It's possible, but less likely that we only wind up with three to 0 cm of snow, and more than 20 cm is possible, but unlikely."

A snowfall warning remained in effect for the Edmonton area as of noon on Saturday.

"Be prepared to adjust your driving with changing road conditions. surfaces such as highways, roads, walkways and parking lots may become difficult to navigate due to accumulating snow," reads the warning.

Edmonton police said 125 crashes were reported to them between 12 a.m. and 4 p.m. on Saturday, including six injury collisions.

Okay, but it's really pretty. ❄ pic.twitter.com/fvzZBzSNJk

Snow is expected to continue to fall throughout Saturday and may not taper off until early Sunday.

Wind is also anticipated to pick up Saturday afternoon creating blowing snow and wind chills near -10. 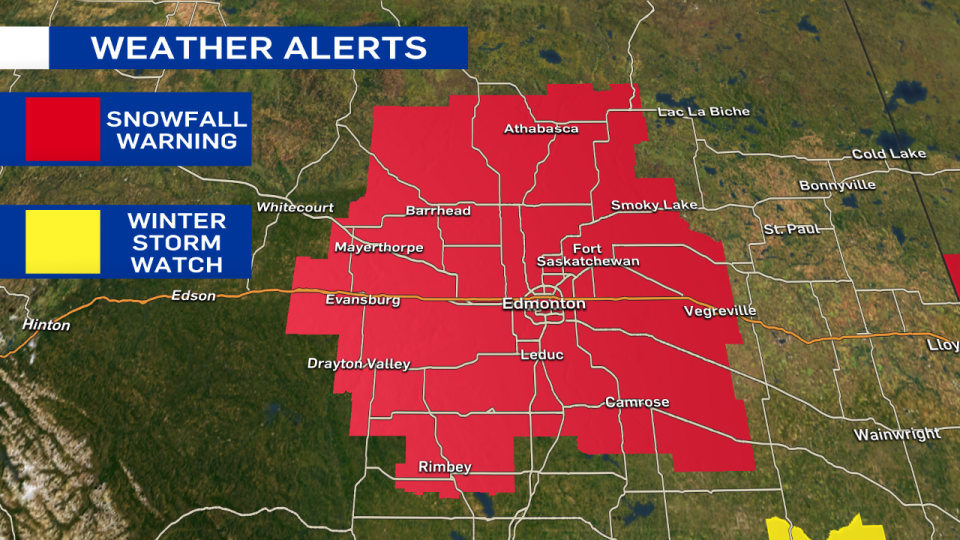