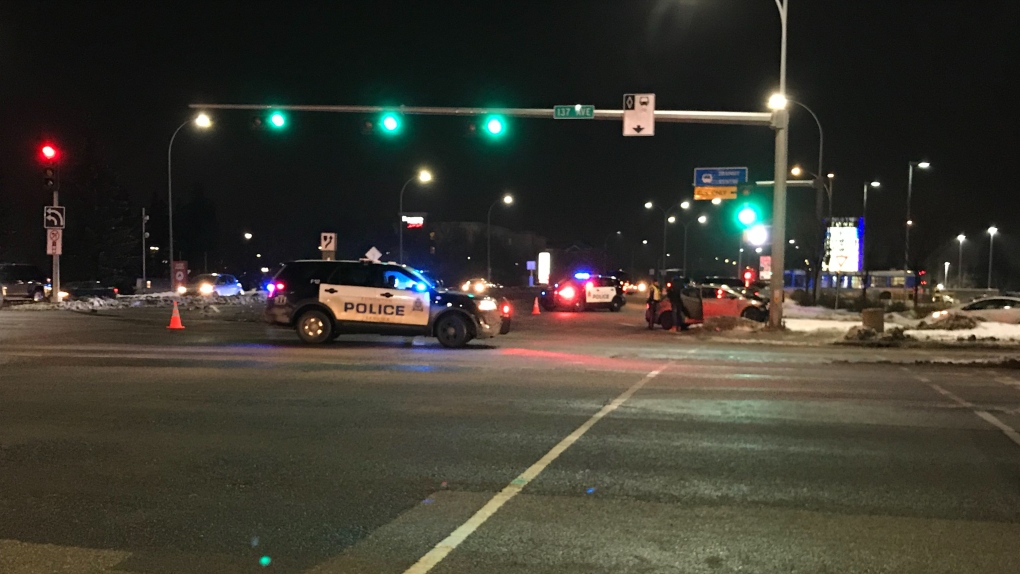 EDMONTON -- Edmonton Police Service says the lights and sirens of a police vehicle were activated when it crashed into a civilian motorist late-Sunday afternoon.

"At approximately 5:35 p.m. today, an EPS vehicle activated with lights and sirens was travelling northbound on 97 Street through the intersection of 137 Avenue," explained spokesperson Cheryl Sheppard.

"At the same time, a civilian vehicle travelling westbound on 137 Avenue at 97 Street was also passing through the intersection, when both vehicles collided."

A witness at the scene, Sam, said he saw the police vehicle with its lights on crash into the car, whose driver had a green light. He captured video purportedly of the moments immediately after the crash: people in dark clothing are seen running towards the car as it is driven out of the intersection.

Sheppard said paramedics assessed on scene the woman driving the car and two EPS members but no injuries were reported and no one was taken to hospital.

An investigation has been opened into the crash.

Northbound lanes of 97 Street were closed at 137 Avenue after the crashed and were expected to remain closed until about 10 p.m.

Motorists were asked to avoid the area if possible until then.