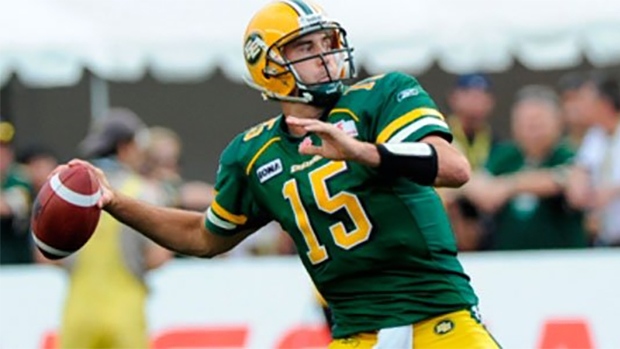 The Edmonton Eskimos will honour former quarterback Ricky Ray at their game on Friday night.

Ray played 16 seasons in the CFL, including 10 with Edmonton, before his retirement last May. He will be the 31st player named to the Eskimos Wall of Honour.

He is one of only four quarterbacks in Canadian Football League history to throw for over 60,000 yards.

He will be honoured during a special ceremony at halftime as the Eskimos take on the Hamilton Tiger-Cats. Kickoff is at 7:30 p.m.

The first 20,000 fans in the stadium will receive a free commemorative flag.