Fresh off 5 straight starts with Bayern Munich, Edmonton's Alphonso Davies to lead Canada against the U.S. 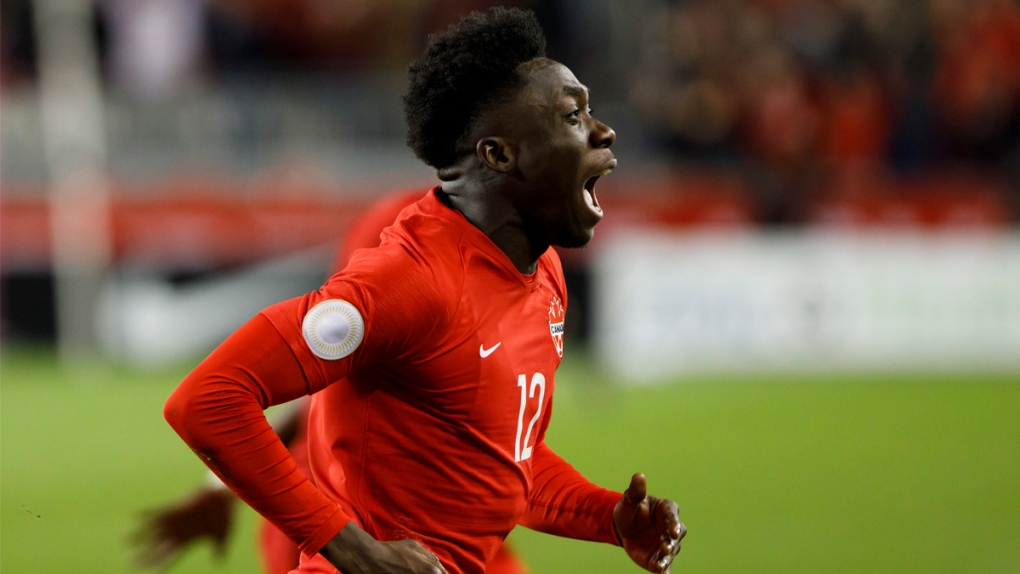 EDMONTON -- In the past month, 19-year-old Alphonso Davies has made headlines like no other Canadian player before him.

The Edmontonian scored Canada's first goal in the 2-0 win over the United States on Oct. 15—the first time Canada defeated its main rival in 34 years. Davies then went back to Germany and started five matches in a row for Bayern Munich, one of the best clubs in world soccer, featuring players like Robert Lewandowski, Philippe Coutinho and Thiago Alcantara.

"All of this should be in the context that he's 19 years old; that's obscenely young for a player not from Germany to be playing at such a big club like this," The Athletic's Joshua Kloke told CTV News Edmonton.

Davies signed with Bayern Munich in July 2018, as a 17-year-old, and moved to Germany the following January after three seasons with the Vancouver Whitecaps.

There was a lack of playing time at first. Teams of Bayern Munich's caliber tend to loan young players out to less competitive teams so they can develop faster, but Kloke says the German champions have a long term plan for Davies that includes the opportunity to train with some of the best players in the world.

"I think it took Alphonso at least half a season to kind of acclimatize to that environment, because the demands at Bayern are not the demands that he had at the Whitecaps," Kloke said. "He's definitely become more serious of a person. You ask around and a lot of people will tell you that. [Canada head coach] John Herman has kind of noticed that." 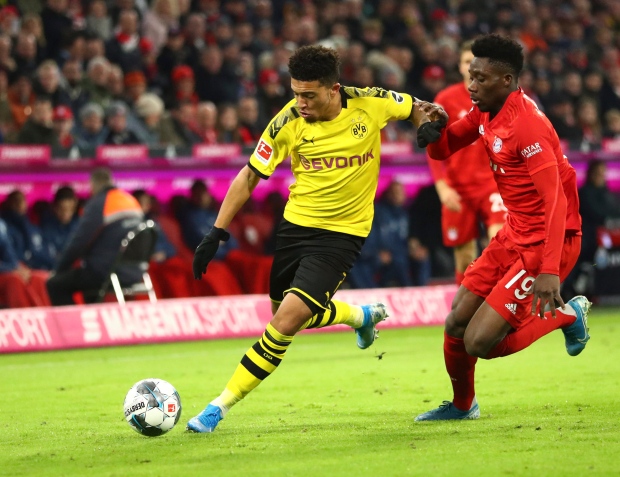 Injuries to key players have allowed Davies to play more this season, and he's proving he belongs, even while playing out of position.

His preferred position is left wing, but his five starts—including a Champions League match against Olympiakos and a Bundesliga classic against Borussia Dortmund—came in a defensive role at left back.

Kloke said it's impressive Davies is thriving playing out of position, and Bayern Munich head coach Hansi Flick is pleased with the 19-year-old's defensive efforts, especially in the 4-0 win against Borussia Dortmund.

"He's quick, with extraordinary speed – as you could see today when he was faced with [Achraf] Hakimi or [Jadon] Sancho, who are not particularly easy opponents, yet he had both of them under control," Flick told Bundesliga.com. "He raced forwards a lot and the thing which impresses me the most about him is how he throws his weight about in challenges," Flick said. "He totally defended his side of the field and I'm really happy with him."

Davies will likely play his preferred left wing position when Canada takes on the United States in Orlando, Fla. at 5 p.m. MST on Friday.

"We're excited coming off the result we did last month against the U.S.," Davies told Canada Soccer.

"Our mindset is to stick together, do what we did in the first game and play our best."