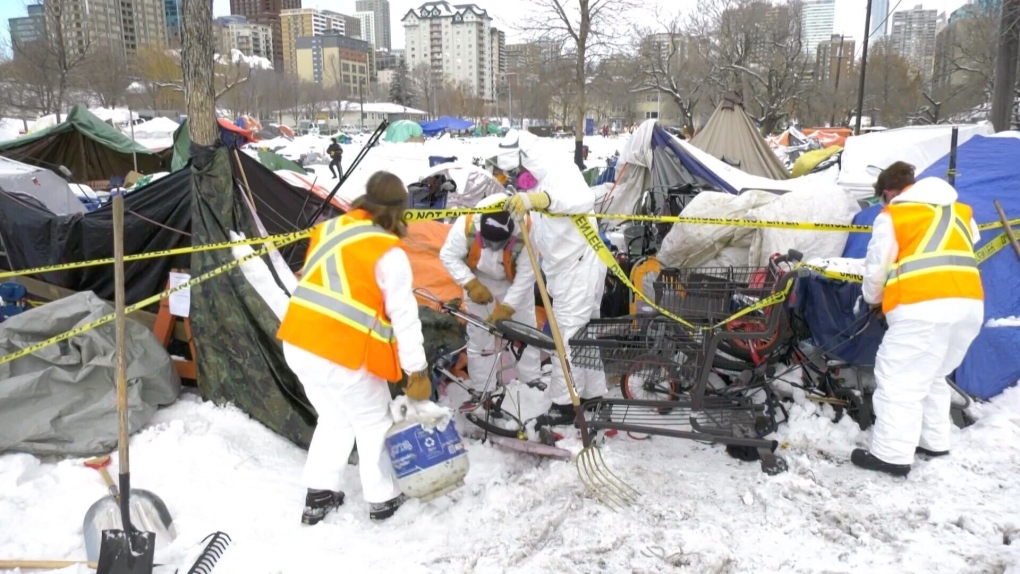 EDMONTON -- Homelessness and homeless camps have been an ongoing issue in Edmonton for years, and 2020 was no exception, as two large camps sprung up in the summer and early fall.

Both camps have since closed, as the city opened temporary shelter space in the Edmonton Convention Centre, but is it enough?

“Did we get it as right as we could have...? It’s going to happen again, so what would we do differently?” asked Hawn, the former Member of Parliament and Canadian Forces fighter pilot.

McGee was there to give the commission an overview of what the agency and it’s 60 partners do in the continued mission to end homelessness in the city, but she had no problem spelling out where things could have gone better.

“The woulda, shoulda, coulda, keeps a lot of people, I am sure, awake at night.” she said.

“In terms of learning, clearly there was a lot of adaptation around the relationships of having organizers associated with an encampment, which isn’t always the case.”

But McGee, speaking specifically of the large Pekiwewin encampment that was set up next to ReMax Field, said one area that could be learned from was the inability to meet the quickly rising needs from those in the tent community.

“If I had one thing that is definitely a woulda, coulda, shoulda, is that our ramping up of other services was just very limited and our ability to do that was limited with access to a very large space that expo provided. Now that we have access to the convention centre, and outreach can be focussed more generally on different parts of the city and not just look necessarily on one of the largest sites, we can be more effective and early in our outreach.”

She also pointed out to the police commissioner that what was seen in Edmonton in 2020, with our homeless population, was without precedent.

“I really think it’s difficult to look at the experience we had with that and really transfer it to other situations.”

Homeward Trust has a goal of creating 900 affordable housing units within the next five years.