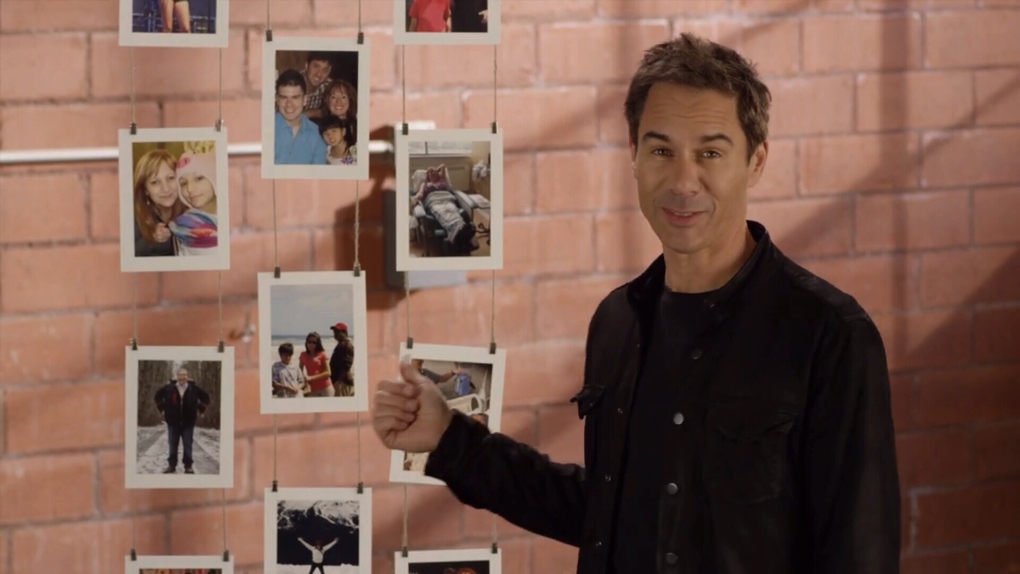 A cancer survivor from Lac La Biche is featured in a Stand Up to Cancer PSA alongside actor Eric McCormack. (Courtesy: YouTube / Stand Up To Cancer Canada)

An Alberta cancer survivor is featured alongside Canadian actor Eric McCormack in a new campaign about the importance of cancer research.

Lac La Biche resident James Morris is one of four survivors in the commercial who send a message: research can result in life-saving treatment.

Morris said seeing his story included in the Stand Up To Cancer Canada and Canadian Cancer Society PSA brought tears to his eyes.

“It is actually overwhelming… just to wake up every day and know that, you know, you survived,” the 58-year-old said.

Morris said he was diagnosed with colon cancer two years ago after airport security noticed a dark mass below his abdomen. (Airport scans should not be considered an alternative method of detection. However, the Journal of the American Medical Association notes two unique cases in which airport security using radio frequencies, rather than x-ray, detected a cyst and hernia.)

Morris’ physicians found an advanced tumour. After weeks of aggressive treatment, he underwent surgery to remove the orange-sized mass that remained.

“I look back at it now and I know the symptoms, but I just didn’t connect the dots,” he recalled, mentioning that he had been short of breath for weeks before being diagnosed.

He decided to share his story for a simple reason: “I’m really encouraged when I read other people’s stories, because we all follow the same path.”

That belief was reinforced when Morris learned McCormack would take part in the commercial. It wasn’t the actor’s celebrity that amazed him.

“I was kind of a little more awestruck that he lost both of his parents,” Morris said.

The Will & Grace star’s parents and father-in-law died from cancer.

Although Morris didn’t meet McCormack during the making of the commercial, Morris said the actor did send him a message of thanks.

According to the Canadian Cancer Society, about 200,000 Canadians are diagnosed with cancer each year. Colorectal cancer is the second-most commonly diagnosed cancer in Canada and the second-leading cause of cancer-caused deaths.