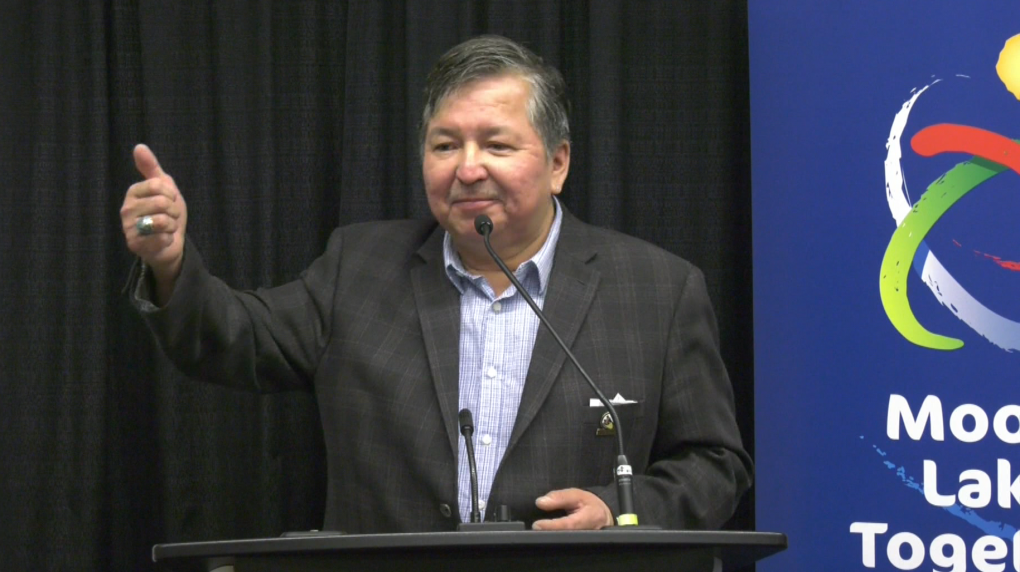 EDMONTON -- A northern Alberta First Nation was in Edmonton Friday to develop a plan to protect a pristine area of wilderness near the Athabasca oil sands.

“After 20 years of negotiations, after 20 years in which previous governments with good intentions have fallen short, Fort McKay First Nation can see the finish line for Moose Lake," Grandjamb said, adding the plan would balance treaty rights with responsible development in the Athabasca oil sands.

"This is traditional land that is sacred to Fort McKay; it is where our ancestors have lived for millennia. And today it is the last significant wilderness in our traditional territory," said Grandjamb.

A month ago, the First Nation released pictures and video caught by motion-activated surveillance cameras around the lake showing a range of wildlife like elk, moose, bears, wolves and wolverines.

Over the next three months, the First Nation will meet with provincial counterparts monthly to ensure the plan crosses the finish line.

"Like Fort McKay First Nation, we also want a responsible approach to development in the area," he said in a statement. "Government continues to work with the community on a path forward that respects Indigenous People’s rights while supporting critical economic opportunities for the area First Nations and the province."

The band hopes that if the Moose Lake Plan is approved, it will guide all future land-use decisions in the region.