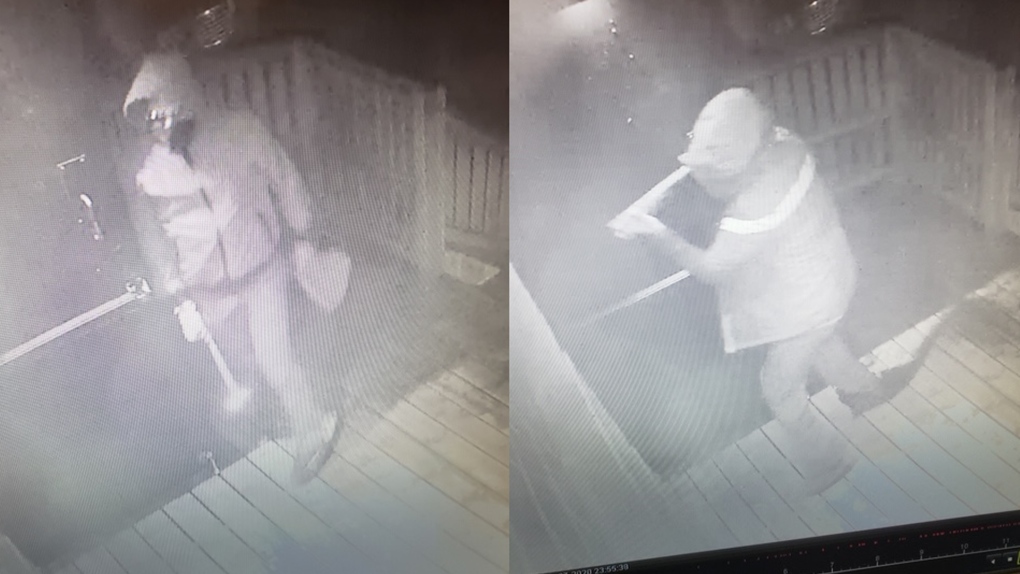 Security footage shows the robbery of the ZOO bar in Innisfail on July 24. (Source: RCMP)

EDMONTON -- Police are looking for two men after the Zoo bar at the Innisfail Hotel was the victim of an armed robbery on Friday night.

Police said the men came into the bar with weapons and demanded money. They took an undisclosed amount of cash and left the scene in a silver Chrysler 300 headed towards Red Deer. 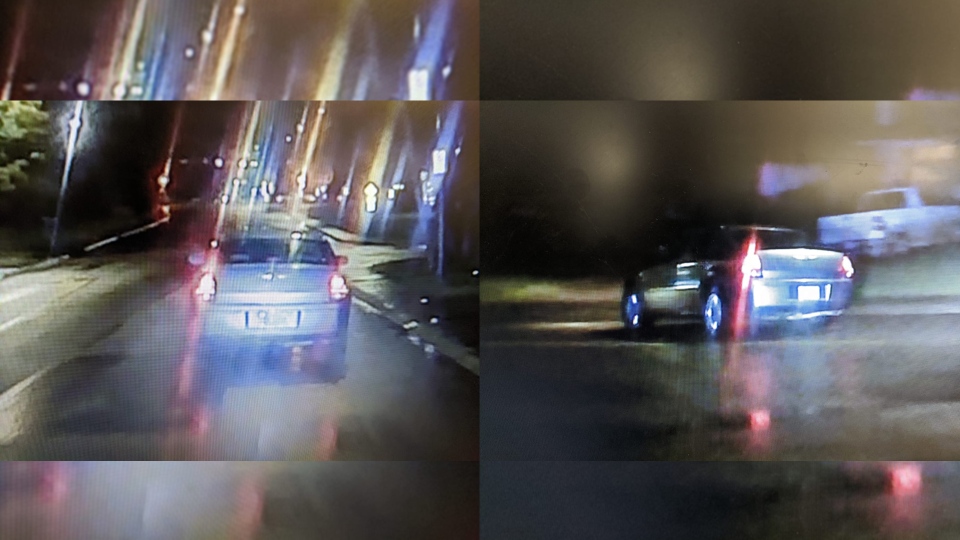 No one was injured during the robbery.

The second man is described as skinny, wearing a mask and a jacket with a reflective stripe on the back, and between 20 and 30-years-old.