The wildfire detected in Yellowhead County Tuesday afternoon still burned out of control a day later, according to Alberta Wildfire. 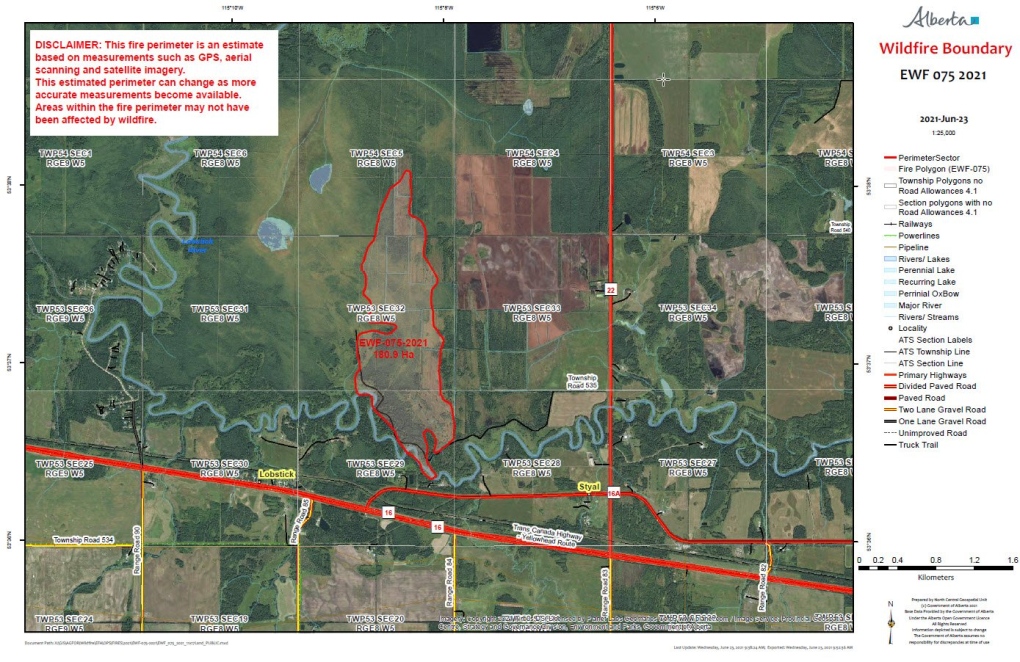 Credit: Alberta Wildfire
More than 30 firefighters, six air tankers and four helicopters worked to extinguish the wildfire on Wednesday, with warm and windy weather expected throughout the day. 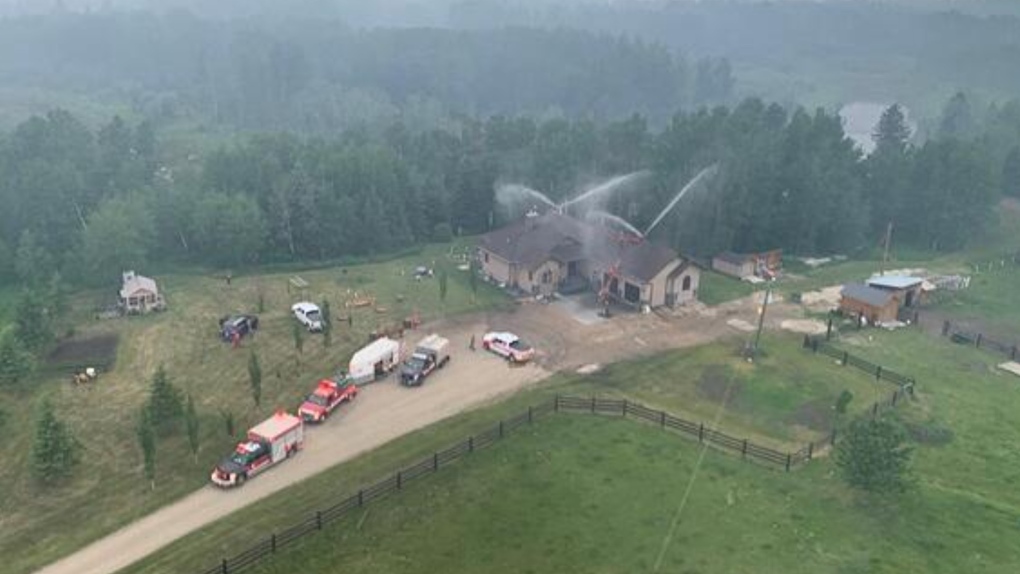