‘She does a lot more than just sling drinks’: Bartender marks 45 years at small-town Alta. saloon

When Gladys Monty began to work as a bartender at the hotel bar in Wildwood, Alta., she thought it might last a few years.

It’s what she told the 12-year-old boy who would open the front door and ask if she would still be there when he turned 18.

“I never dreamed I'd ever be here that long.”

But as time went on Gladys developed a family bond with her community, who held a party at the bar in April for her anniversary.

“The people I visit with every day, I just love them to death.”

Gladys has turned out to be much more than a bartender—or a barmaid, as they were known back when beer was $2.

‘I know everybody by name’

The bar, now called Silver Spur Saloon, is the only drinking establishment in Wildwood, a hamlet with approximately 300 residents located 120 kilometres west of Edmonton.

Gladys, 79, has worked at the saloon since 1975. The bar has changed names—and owners, at least five times—but Gladys has been there for it all, and for everyone. 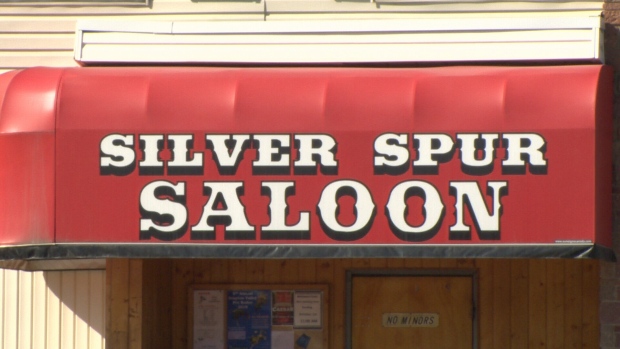 “All these young people that come in here, I was at their baby shower when they were born.”

In May alone, Gladys has attended a baptism and a funeral.

Gladys knows everyone, in part due to the small population and her long tenure behind the bar, but she has gone above and beyond her duties to develop long-lasting relationships. “She does a lot more than just sling drinks,” one patron said. She is sort of a therapist, a friend, and “a mother to everybody,” as another patron put it.

“If I don't know them, believe me, I know them when they leave,” Gladys said. “After I give them three beers, then they tell me all their problems, and then I can really help them.”

As the bartender at the only pub in town and everybody's “mother,” Gladys also takes responsibility to make sure her clients have fun safely. She says she can’t remember the last time she had to cut anybody off—not that she would have to even say it.

“I just open up my eyes real wide.” She said, imitating herself. “When I do that, they know what it means after all these years.

Cathy Knudslien has worked at the Silver Spur Saloon for 20 years—an impressive run, even in comparison to her mother’s.

Gladys helped Cathy look for jobs at bars in Edmonton before she decided it would be best they worked together “to know you’re safe all the time.” 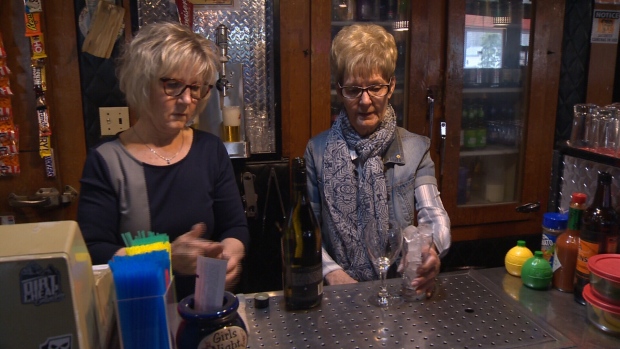 Edmonton was never an option, or the right fit, for Gladys.

“They’d want more beer being sold instead of visiting.”

“I can be walking across the street and someone will yell, ‘Hey, Gladys!’ and then go, ‘Oh, no, it's you, but you're exactly like your mother, anyway.’”

“I just hope someday that I can be like her, all the way through,” Cathy said.

‘She makes you feel at home’

Barry Vankosky is one of the regulars at the Silver Spur Saloon. He feels at home in the small community where everyone knows one another—an environment he credits Gladys for fostering and sharing with others. 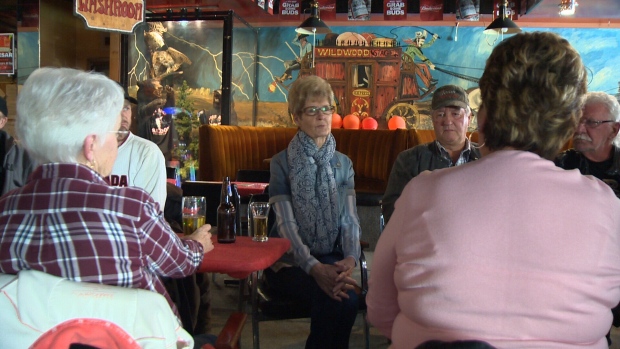 “Strangers that come in, they're always welcome. Gladys will welcome anybody.”

A review posted on the bar’s Facebook page shows Gladys is as popular with visitors as she is with those who have known her for decades: “4 of us girls stopped in for a drink on our way to Jasper for a girls trip. We were greeted as soon as we walked in the door by Gladys (who was AMAZING).”

“I would go as far to say that they come to the bar because Gladys is still here,” Vankosky said.

The 12-year-old boy who used to ask Gladys if she would be working at the bar for his 18th birthday still calls to remind her she’s still there after all these years.

“As long as my health holds up, I probably will [stay].