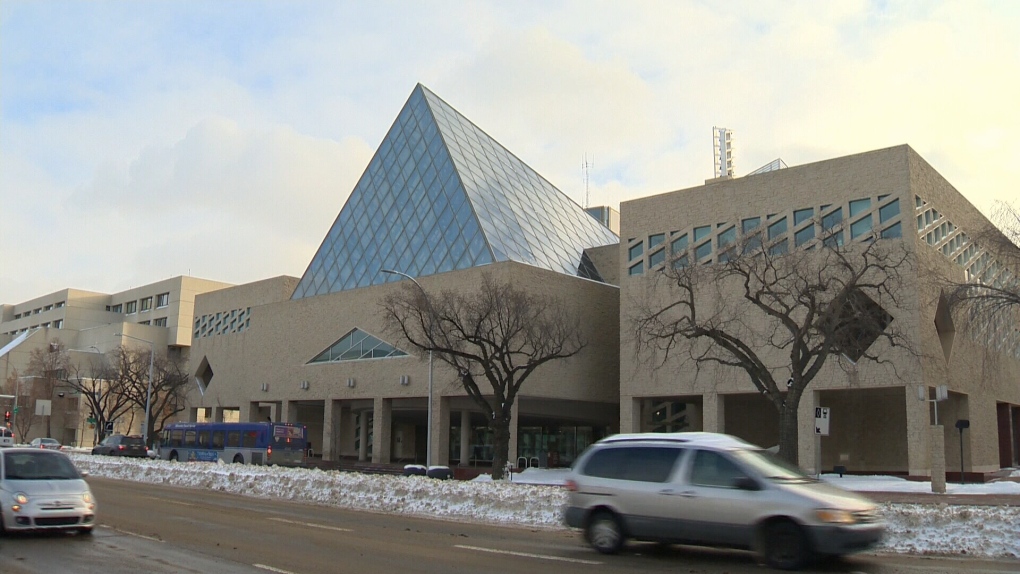 EDMONTON -- The question is different than: Should councillors be able to block constituents on social media? To which Edmonton's council members unanimously voted 'yes' on Tuesday.

Although there are options across all of the social media platforms to limit another user's interactions with your account, none is more severe than blocking, which prevents one user totally from seeing or participating from their account with another user.

Which is, perhaps, partly why the debate of its use by municipal leaders landed at Edmonton City Hall.

When integrity commissioner Jamie Pytel noted in October the city's code of conduct did not explicitly cover social media use, she was asked to draft the potential policy Edmonton councillors ultimately passed on.

In upholding their own right to block followers, the councillors decided blocking did not necessarily restrict political discourse, would be difficult to police, and enabled elected officials to protect themselves from abuse.

"The lived experience of people in public spaces, of women, of people of colour, of sexual and gender minorities, is radically different," Ward 5 Coun. Sarah Hamilton told her colleagues, choosing not to repeat the "gross" comments sometimes directed at her.

"As soon as you identify with one of those many differences, that gets weaponized."

Ward 12's Mohinder Banga recalled being told he had only been elected because of support from East Indian Edmontonians.

"That kind of hurts – not kind of hurts, but that hurts," he corrected himself. "We are bound by all these rules, but I guess social media folks, they have no rules."

A policy that places rules on blocking, Hamilton argued, could remove one layer of defense available to those who are targeted, create work in making them responsible to explain those actions, and model to others that hostile behaviour should be tolerated or is inevitable in the political realm.

"One of my concerns was that if you are from a diverse community and you see this kind of rhetoric, you don't want to participate," she told CTV News Edmonton.

Reasoning like this changed the mind of several councillors, including Mayor Don Iveson who previously supported the motion "because of some very strongly held democratic ideals about the ways in which we ought to be accessible to the people that we serve."

Later, he would say, "The fact that I came to believe for any length of time that it was acceptable or part of the job for us to have to deal with that is just me gaslighting myself."

Some council members argued they are accessible enough through their office or by phone and email.

But Iveson isn't the only one who sees social media as an important avenue for discourse.

"Lots of levels of government announce policy on Twitter and share perspectives on local issues on Twitter. So if the medium is going to be used in one direction to share business of the city, in this case, then it should be used in the opposite direction to hear about the concerns of the people living in that city," O'Neil told CTV News Edmonton.

"To say that, 'I believe Councillor X voted the wrong way because they failed to consider the following issues,' is a legitimate political discussion that members of council should not block," he said. Noce served for six years until 2001.

"If members of council – or any elected person for that matter – is afraid to subject themselves to political debate and specifically citizens who don't subscribe to your particular viewpoint and comment on that in a respectful way, I would argue that the elected person is not well suited for the position."

It was a point addressed only indirectly on Tuesday: council asked for the potential social media policy in the fall after an investigation into the online conduct of Ward 11 Coun. Mike Nickel. Integrity commissioner Pytel found some of Nickel's posts were "disrespectful, lacked decorum, contained personal attacks and misleading information," but ruled he did not breach the code of conduct in one instance of blocking a Twitter user. She noted the code doesn't require councillors to engage the public on social media, nor have any Canadian courts made a ruling similar to that of a New York court that found President Donald Trump shouldn't be allowed to block Twitter users because the platform is a "public forum" under the First Amendment.

"For Mike Nickel to sort of hide behind that is problematic," O'Neil suggested. "We see people who break the rules hiding behind rules that are designed to protect marginalized people a lot."

However, like Nickel told Pytel, he told CTV News Edmonton his team only blocks people who it feels "have overstepped the line."

"When it's legitimate dissent, I actually welcome it because I believe in policy competition," Nickel told CTV News Edmonton on Tuesday. "If I'm wrong, and you've got a good case to make, I'll change my position."

He accidentally voted in support of bringing in the policy, causing laughter throughout the digital meeting when he joked, "Of all people."

Regardless of any supposed legitimacy, blocking is a power councillors should use carefully, political analyst and Iveson's former strategic advisor John Brennan suggested.

"They're probably going to take a screenshot… and make it an issue for a few hours," he said, noting he's seen this happen with Nickel before.

THE FUTURE OF POLITICS ONLINE

Pytel suggested blocking would be a reasonable response in situations involving bots, trolls, and discriminatory, hateful and illegal content.

"Users should not be blocked from Council Member's Social Media pages simply because they disagree with a Council Member on a topic or are critical of a Council Member. Blocking should be done very sparingly and only with justification. Muting is preferable where appropriate and justified," her draft policy read, suggesting also that councillors could warn a user or tell them why they are being blocked.

"Council just need to find the perfect policy that balances the interest of citizens and the safety of members of council," Noce commented. "It's too bad they chose not to adopt it because I think it would have provided this council and future councils with that."

Brennan saw less benefit and considered the policy something that "should just be common sense," but O'Neil, too, thinks the conversation will return.

However, the rules that sat before councillors on Tuesday, she agreed, placed the onus on victims of targeted attacks.

"The best-case scenario down the road is there's some nuanced research into how this policy can be developed so we have protection for people who need it but also accountability (for those) who are hiding from it."

Until then, she says the public are the best jurors.

In the meeting, Hamilton suggested: "I think we forget that the ultimate performance review that we all receive happens every four years and it happens very publicly and I think we should just let that take place."

With a report from CTV News Edmonton's Jeremy Thompson