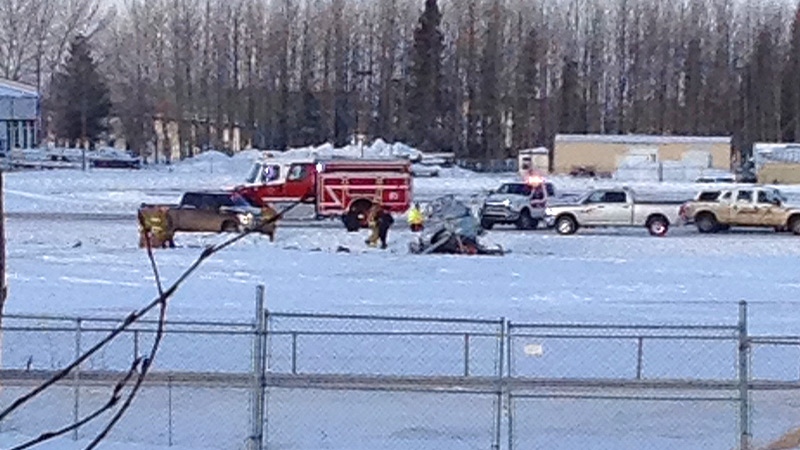 Slave Lake emergency crews on the scene of a helicopter crash at the Slave Lake Airport on Friday, February 21. Courtesy: S. Schroder-Auger

RCMP said two people were able to walk away from the wreckage of a helicopter crash Friday afternoon.

Police said the crash happened just before 4 p.m. Friday, after a training exercise took a turn.

According to police, two people were in a helicopter, performing maneuvers as part of a training exercise, when the pilot lost control and the aircraft crashed.

Both individuals on the helicopter walked away from the crash with minor injuries – although RCMP said they were taken to hospital as a precaution.

The crash briefly held up service at the airport, one airplane was allowed to land a short time later – the airport was shut down, and was expected to remain that way until the early evening.