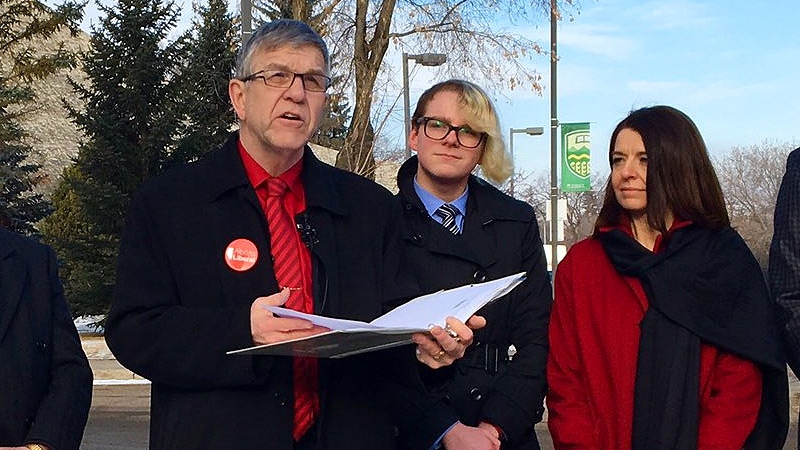 Nolan Crouse announces he will seek the leadership of the Alberta Liberal Party in an announcement outside Rutherford House on Wednesday, March 1, 2017.

The mayor of St. Albert announced Wednesday morning that after weeks of considering seeking the leadership of the Alberta Liberal Party, he had officially become a candidate in that race.

Nolan Crouse made the announcement Wednesday outside of Rutherford House in Edmonton.

In his statement, Crouse said the current political climate made this an important time for the party, saying it could “establish itself as the most progressive and moderate political choice for Albertans.”

Crouse said he made the decision to run after consulting with a number of Albertans.

“Most of you expressed Albertans values as dignity, pragmatism inclusiveness and indeed stability and economic responsibility, all values that resonate deeply with me,” Crouse said. “These values together with concerns expressed by some are what is motivating me to lead the party.”

As of Wednesday morning, according to the Alberta Liberal Party’s website, Crouse was the only candidate for the party’s leadership, the nomination period closes on March 31 – and members will choose a new leader in June.

Crouse also addressed his current role as mayor of St. Albert, he said he would finish his term, but reiterated that he will not seek re-election in the fall of 2017.