Stony Plain is experiencing flooding for the second time in eight days.

Water is pooling on some fields, trails and roads Monday night.

Mistal told CTV News Edmonton it is unknown how many homes or roads have been affected.

No injuries have been reported and residents are asked to stay clear of creeks and bridges.

Harry Miller has been affected by both floods.

He said insurance went to his home last week to assess the damage, and now his basement is flooded. 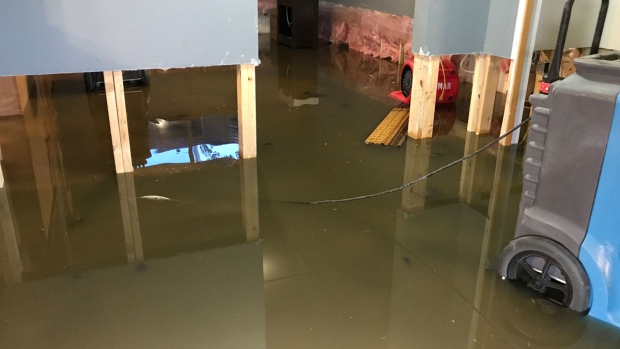 "It seems like it's a town problem because it's the second time that it's backed up from the streets," Miller told CTV News Edmonton.

Miller said, however, the town told him it's his problem to deal with.