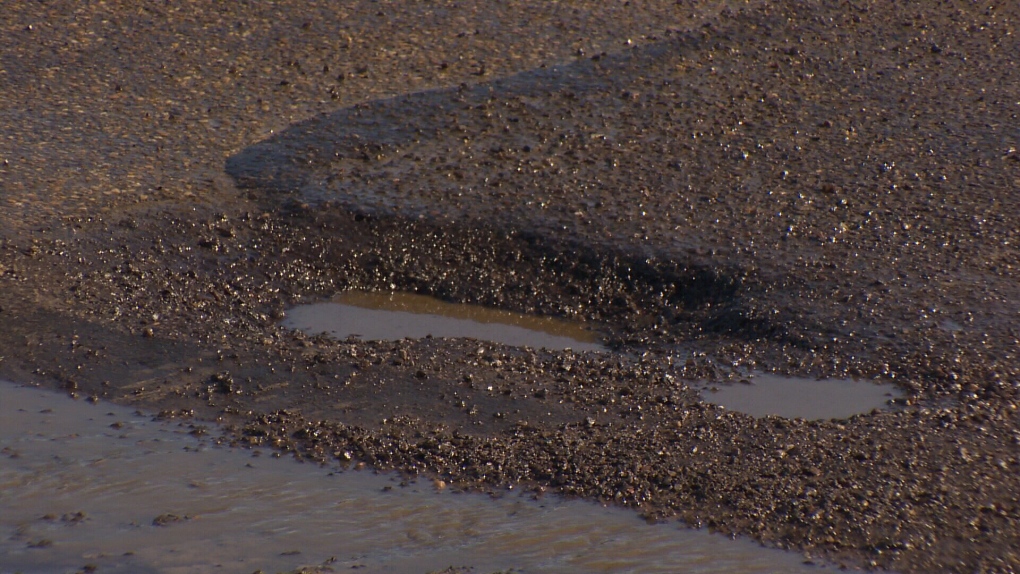 City expects to fill more than 400,000 potholes this year.

“We do have the advantage that we can have a year round supply of asphalt. We have our own plant which allows us to have the supply of asphalt in the winter months,” said Caitlin Zerebeski, general supervisor for Mobility Network maintenance for Infrastructure with the City of Edmonton.

The city has already filled about 10,000 potholes since January 1st. 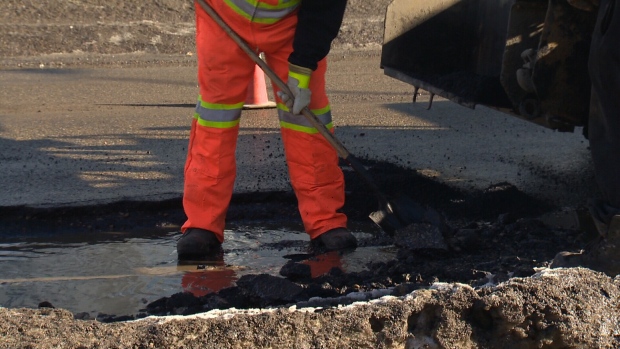 “A pothole is created from a freeze-thaw cycle with moisture penetrating the surface of the asphalt. So when moisture gets in there and it freezes and then it thaws, it actually creates a void in the road surface,” Zerebeski said.

“And every single time that a vehicle drives over top of that it creates a larger and larger void until you see what we see as potholes on the road,” she added.

“You gotta keep your eyes on the road. You know seeing the pothole and giving yourself enough time to react stops you from hitting it in the first place.”

Even though roads may be clear of snow and ice, Szabo said drivers need to slow down.

“Just like when it’s really icy out, just give yourself a bit of extra time.”

If there’s no way to safely avoid a pothole, he said drivers should keep their wheels straight.

“A tire has its most structure when it’s flat to the ground and not turned so this will help you avoid damaging important components and causing expensive repairs.”

And although tempting, he said braking will do more harm than good.

“It’ll overall worsen the impact. You’ll have that force driving the car forward down onto those tires which will lead to possible backward force on the wheel, damaged struts and they’re not a cheap repair.” 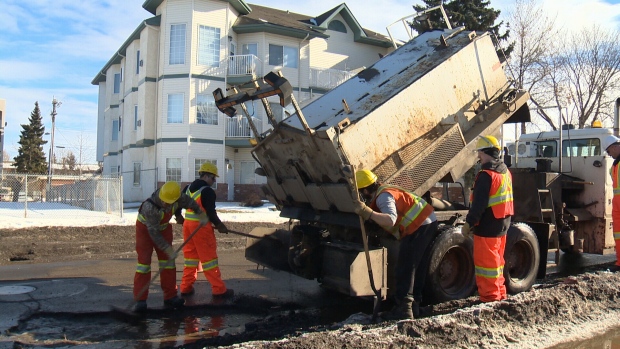 The city relies on drivers to report potholes so they can fix them, the best way is through the 311 app.

“You can also go in and pinpoint by GPS your exact location, so being in the app it’ll give us, our inspectors, when they go out to do the work an exact GPS pinpoint location of where the issue in the road is and they can also include pictures as well as a brief description which allows us to have a quicker turnaround when we’re going to have a look in the area,” Zerebeski said.

Szabo expects his tire shop in southeast Edmonton will be busy again this year.

He said repairs range from a simple tire fix up to $500.

“Most of the time it’s someone hit a pothole and their steering is a little off-center and we just have to realign the car.”

If you do hit a pothole, Szabo said there are a few signs it’s time to head to a garage.

“There’s the steering wheel not being straight anymore, maybe there’s a vibration felt, maybe you’re hearing a noise, whenever any of those things happen, those noises aren’t supposed to be there so you definitely want to get it in and get it checked out before it causes even more damage to other components on the car.”