Tomahawk steaks to Hebrew National franks: Here's what the Oilers are serving up this season

The fans in the stands said the hot dogs had to go – and the Oilers Entertainment Group agreed.

The old hot dog didn't get a mention at the Rogers Place rollout party for the wide-ranging menu Thursday night, but the new brand, sold in many major league ball parks across North America, did get a shout-out.

"It’s Hebrew National and it’s one of the best in the world, and world-renowned, and just a great hot dog," said Tom Anselmi, OEG's new president of business opreations and chief opreating officer. 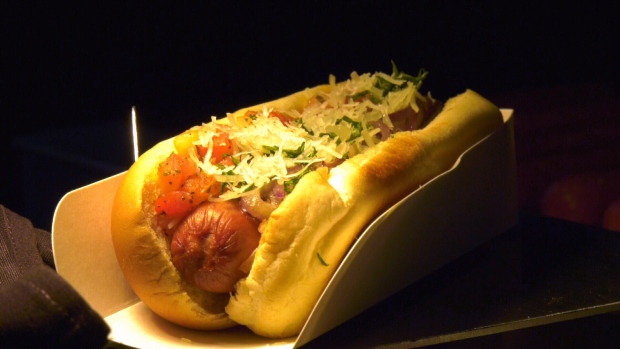 Anselmi previously ran the Ottawa Senators organization. Before that, he did the same for Maple Leaf Sports and Entertainment Corporation in Toronto.

The humble hot dog is just one of the many big changes to the menu at Rogers Place.

It's the first major revamp of food offered in the home of the Edmonton Oilers since the building opened back in 2016. Many of the changes were driven from feedback provided by fans. Anselmi counts himself among them.

Anselmi shows off a tomahawk steak that looks big enough to play defence and sushi, sliced and rolled fresh, along with avocado stations that serve it creamy, chunky, or chopped. These dishes are for premium ticket buyers and luxury suites. 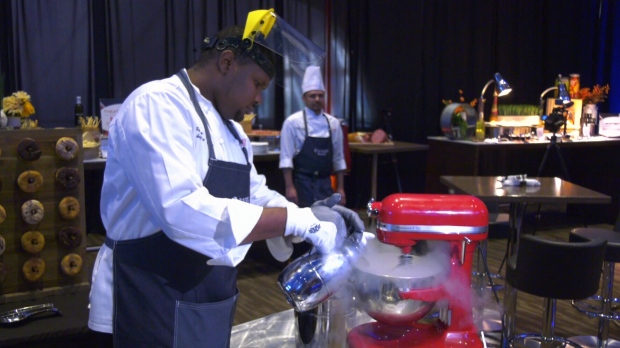 Anselmi says he’s aware that the simple things have to be done right, because the arena is selling a whole lot more of them.

Tim Shipton, the man who heads up public relations for OEG, said fans made their thoughts known about what was missing from rink menus. Another addition coming this year is more vegetarian choices.

"We’ve rolled out new options, we feel, better options for the fans. In some cases healthy options because, quite frankly, they’re demanding it," Shipton said.

And this season, new Rogers Place executive chef Antonio Tardi says the Beyond Meat burger has finally cracked the Oilers food lineup. It will be available in nearly as many areas as McDavid merchandise. 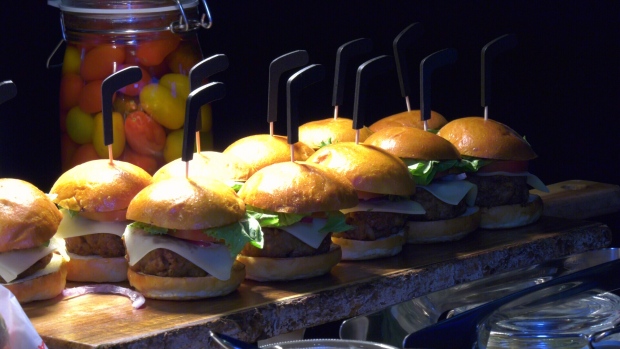 While the tomahawk steaks might fall into the if-you-have-to-ask pricing category for most fans in the stands, the vast majority of ticket holders won’t see them as a menu choice where they sit.

What Shipton says the average fan will see is more toppings and variety on things like nachos, going so far as mixing them in with a Rogers Place hit: perogies.

"We’ve gone heavy on local, heavy on fresh, and heavy on some different takes on the fan favourites," he said. "We do that because we’ve done extensive research and consultation with the fans and they’ve said, you know what, there’s always room to improve."

Shipton said most importantly for the vast majority of fans, there won’t be be any price increases on the most popular food and beverage items this year.

Another reason, despite whatever happens on the ice, it might make that new hot dog easier to stomach.