2 per cent of Canadians don't believe in climate change: poll 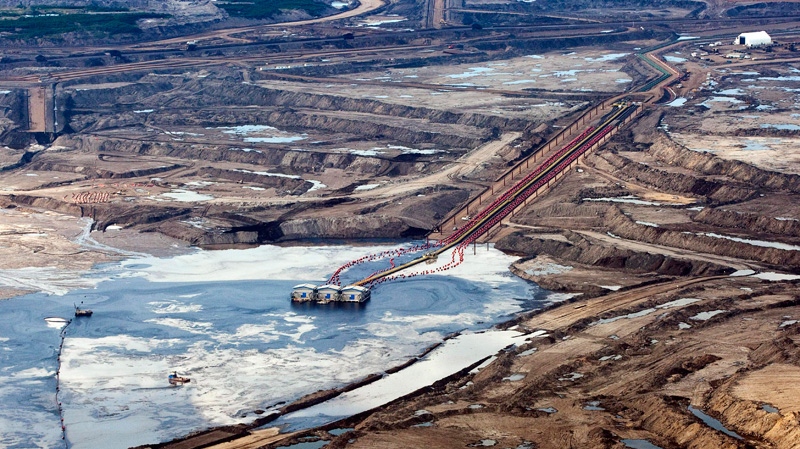 An oil sands facility seen from a helicopter near Fort McMurray, Alta., on Tuesday, July 10, 2012. (Jeff McIntosh / THE CANADIAN PRESS)

REGINA -- Only two per cent of Canadians who responded to a new opinion poll believed climate change is not occurring.

A further nine per cent believed climate change is occurring naturally and 54 per cent felt both humans and nature are playing a role.

The findings, which are generating mixed reaction, are in a survey by Insightrix Research for IPAC-CO2 Research Inc., a University-of-Regina-based centre that studies carbon capture and storage.

"When you say that 98 per cent of people believe this, I mean the kind of frivolous answer would be like two per cent still believe that there are little green spacemen around. I mean two per cent believing that climate change isn't occurring is pretty significant," said Dybwad.

There were five options given to the question: "Where do you stand on the issue of climate change?"

Two per cent said they didn't believe climate change is occurring at all. Four per cent were not sure.

"It's reassuring that the number is so low," said Prof. John Smol, a global warming expert at Queen's University.

"Certainly the science has been in for a long time, so it's a little discouraging how slowly the science seems to have been translated into public policy and public opinion. But at least we're going in the right direction."

The survey also noted that opinions about the cause of climate change were divided by region.

Dybwad suggested those beliefs might be dictated by a province's economic base.

"When you take a look at the provinces who are most fossil fuel-based, in terms of either they produce it or they use it to generate electricity, you find that the number is lower. When you go to regions that are more hydro-based, you find a different opinion," she said.

"It's interesting to discover or to suppose that's what drives it, but that seems to be the trend."

Smol, who has been studying climate change for more than 30 years, said the science is clear that human activity is a very significant factor.

"I work in the Arctic. It's changing far faster than even I had thought it would. I was saying that it's going to change fast, but it's changing faster," Smol said.

"There's enough data out there that shows it's a tremendous issue and it's one that nature is slow to pardon our mistake."

The Calgary-based organization Friends of Science said the climate has been changing continually since the dawn of time.

But Loughead vehemently disputed the cause of climate change. To blame human activity is false, he said.

"We would say that there is probably a very small impact by human emissions of CO2," he said.

"The amount of CO2 that is liberated by human activity is nothing really compared to natural variations in CO2 level. The ocean is continually either drawing in or expelling CO2. Volcanoes when they go off, they put huge amounts of CO2 into the atmosphere and these are all natural phenomenon."

Unlike traditional telephone polling, in which respondents are randomly selected, the Insightrix survey was conducted online among the 1,550 respondents, all of whom were chosen from a larger pool of people who agreed to participate in ongoing research. They were compensated for participating.

The survey set quotas by age, gender, region and education to try to match the general population.

The polling industry's professional body, the Marketing Research and Intelligence Association, says online surveys cannot be assigned a margin of error because they do not randomly sample the population.

The survey also found 51 per cent of respondents across the country believed fossil fuels will still be used after the year 2050 for electricity production in Canada. That belief was highest in Alberta at 66 per cent and lowest in Quebec at 37 per cent.

The acceptance of climate change and the extent to which humans are responsible for it has been a politically sensitive issue, most recently in the Alberta election.

Wildrose Party Leader Danielle Smith's team started strongly in the campaign, but faltered near the end when she said the science of global warming was not settled. Smith found herself booed roundly at a late-stage leaders debate over the issue.