A creative solution to help revitalize the Strathcona Hotel

EDMONTON -- The Strathcona Hotel is entitled to funding from the city for its renovations, but it won’t get it all at once.

The nearly 130-year-old hotel isn’t the only building with Historic Resource status getting a face-lift, with Brighton Block on Jasper Avenue is undergoing similar work.

City councilors say that both those project together will cost more than $1 million—a cost the Heritage fund can’t handle all at once.

“We’re going to have other projects come before us and we want to have some of that money available for other built heritage,” said Ward 6 Coun. Scott McKeen.

There are more than 150 buildings in Edmonton that have been given historic designation and all of them are entitled to a share of the Heritage Fund.

The city is projecting the fund balance to dip below $300,000 by the end of the year. This led council to come up with a creative situation to the funding problem.

For the Strathcona Hotel this means getting smaller annual payments instead of a lump sum.

“At the end of the day we're moving forward with our plans as it stands, I mean we can't wait,” said Chris Dulaba with Beljan Development. 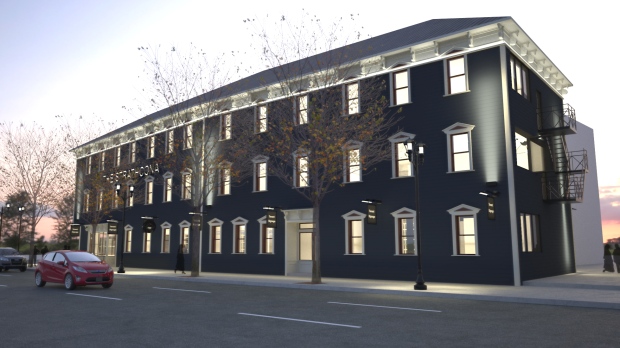 McKeen says that the fund getting so low can even be a good sign.

“That's a good news story in a lot of ways because Edmonton in general has been accused of being lax on preserving its built heritage.”

A committee asked city staff to come up with more creative solutions to the funding issue. One such idea was setting up a Heritage Trust for philanthropic donations.