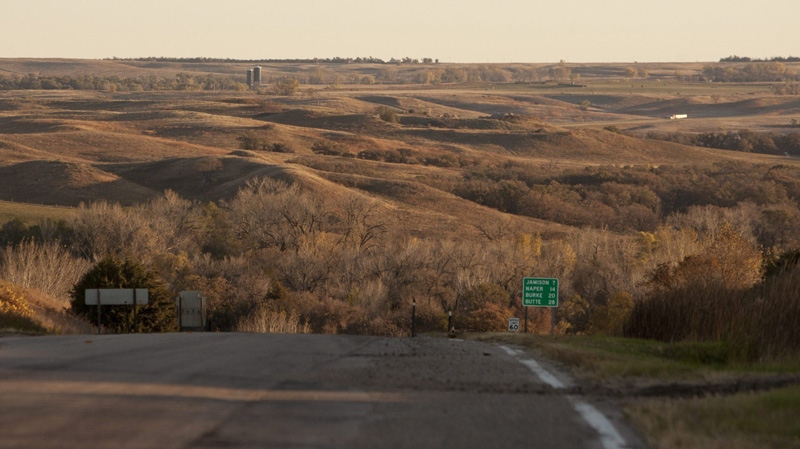 The Keystone XL pipeline is planned to be built through the sandhills near Mills, Nebraska, shown here on Oct. 13, 2012. (AP / Nati Harnik)

Alberta Premier Alison Redford is expected to push U.S. officials on the Keystone XL pipeline project during her visit this week.

The premier, along with Minister Cal Dallas, will be meeting with members of the U.S. Department of State, senators and the Canadian Ambassador to the U.S., Gary Doer during the three-day trip.

They are expected to discuss the latest steps the province has taken to reduce environmental impact.

“We need to ensure American decision-makers have a clear understanding of the responsible energy development and the strong environmental policies we have in Alberta,” Redford stated in a media release.

According to the State Department’s website they continue to review the project “in a rigorous, transparent, and efficient manner.”

President Barack Obama has put off making a decision on the project until next year.

The pipeline would transport Alberta crude oil to refineries on the U.S. Gulf Coast.

Minister Dallas has also been scheduled to meet with members of Congress to bring up Alberta’s concerns regarding U.S. Mandatory Country of Origin measures.

The province estimates the total cost of the trip to be around $17,250, including airfare, transportation and accommodations.

This will be the fifth visit to Washington for the premier.