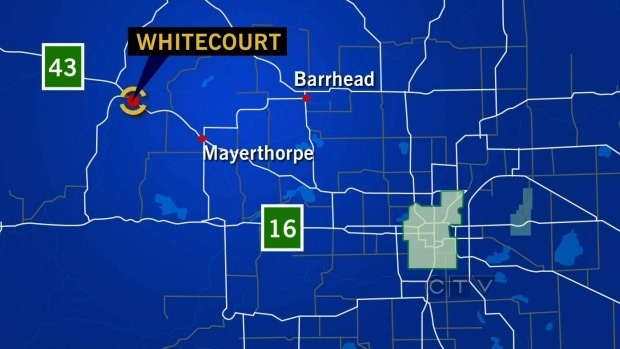 The government department says it was notified of the leak on Tuesday morning.

The pipeline is owned by Apache Canada and the leak happened about 20 kilometres northwest of Whitecourt.

Alberta Environment says about 1.6 million litres of produced water leaked from the pipeline across a leased road and affected a small, unnamed tributary.

The government says Apache is working to contain the leak, clean up the area and minimize impact to the environment.

Alberta Environment also says continuous air-monitoring has detected no levels of hydrogen sulphide at the spill site, or near cleanup operations.