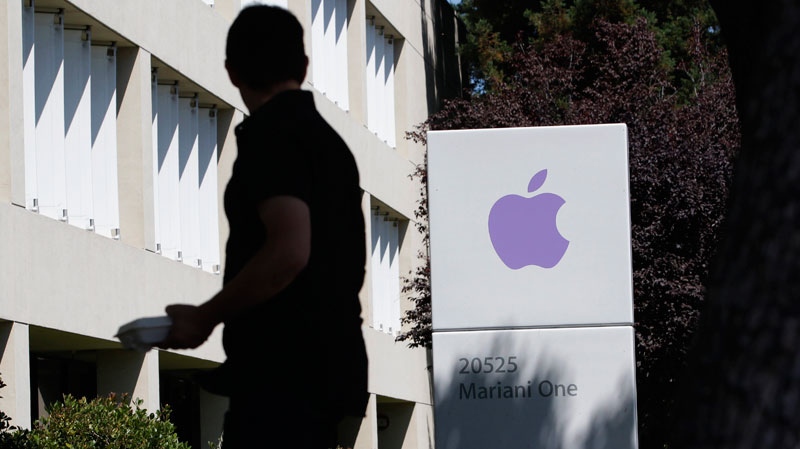 SAN JOSE, Calif. -- It was the $1 billion question Saturday: What does Apple Inc.'s victory in an epic patent dispute over its fiercest rival mean for the U.S. smartphone industry?

Analysts from Wall Street to Hong Kong debated whether a jury's decision that Samsung Electronics Co. ripped off Apple technology would help Apple corner the U.S. smartphone market over Android rivals, or amount to one more step in a protracted legal battle over smartphone technology.

Many analysts said the decision could spell danger for competitors who, like Samsung, use Google Inc.'s Android operating system to power their cellphones.

"I am sure this is going to put a damper on Android's growth," New York-based Isi Group analyst Brian Marshall said, "It hurts the franchise."

The Silicon Valley jury found that some of Samsung's products illegally copied features and designs exclusive to Apple's iPhone and iPad. The verdict was narrowly tailored to only Samsung, which sold more than 22 million smartphones and tablets that Apple claimed used its technology, including the "bounce-back" feature when a user scrolls to an end image, and the ability to zoom text with a tap of a finger.

But most other Apple competitors have used the Android system to produce similar technology, which could limit the features offered on all non-Apple phones, analysts said.

"The other makers are now scrambling" to find alternatives, said Rob Enderle, a leading technology analyst based in San Jose.

Seo Won-seok, a Seoul-based analyst at Korea Investment said that the popular zooming and bounce-back functions the jury said Samsung stole from Apple will be hard to replicate.

The companies could opt to pay Apple licensing fees for access to the technology or develop smarter technology to create similar features that don't violate the patent - at a cost likely to be passed onto consumers.

Apple lawyers are planning to ask that the two dozen Samsung devices found to have infringed its patents be barred from the U.S. market. Most of those devices are "legacy" products with almost nonexistent new sales in the United States. Apple lawyers will also ask that the judge triple the damage award to $3 billion since the jury found Samsung "willfully" copied Apple's patents.

A loss to the Android-based market would represent a big hit for Google as well. Google relies on Android devices to drive mobile traffic to its search engine, which in turn generates increased advertising revenue. Android is becoming increasingly more important to Google's bottom line because Apple is phasing out reliance on Google services such as YouTube and mapping as built-in features on the iPhone and iPad.

Some experts cautioned that the decision might not be final, noting the California lawsuit is one of nine similar legal actions across the globe between the two leading smartphone makers.

Samsung has vowed to appeal the verdict all the way to the U.S. Supreme Court, arguing that Apple's patents for such "obvious" things as rounded rectangle were wrongly granted. A Sept. 20 hearing is scheduled.

"Samsung is powerful," Schaufield said. "The company will regroup and go on."

Samsung engineers have already been designing around the disputed patent since last year.

"We should never count out Samsung's flexibility and nimbleness," said Mark Newman, a Hong Kong-based analyst with Sanford C. Bernstein. "This is merely an embarrassment and annoyance to the company that they will have to find ways around."

The dispute centers on Apple's dissatisfaction with Google's entry into the phone market when the search company released its Android operating system and announced any company could use it free of cost.

Google entered the market while its then-CEO Eric Schmidt was on Apple's board, infuriating Apple co-founder Steve Jobs, who considered Android to be a blatant rip-off of the iPhone's innovations. Apple filed its patent infringement lawsuit in April 2011, engaging the country's highest-paid patent lawyers to demand $2.5 billion.

The verdict didn't faze some iPhone users, who said that they already know Apple phones are superior.

The rivals are "modeling phones based on what they see with the iPhone," said David Green of Wareham, Mass., finishing a call on his iPhone while waiting to catch a train.

He switched to Apple from a BlackBerry about a year ago, after becoming disenchanted with the reliability and technological features of non-Apple smartphones.

"When I got the iPhone, it worked so well that I told my friends, `Now I have a REAL smartphone,'" Green said.