A seven-year-old boy is recovering in hospital after being attacked by a cougar north of Rocky Mountain House on the weekend.

Chay Feuser, Cason Feuser’s mom, said her son was staying with his two sisters and a family friend, Alishea, at a campsite near Buster Creek, Alta., Sunday morning when the animal attacked.

She said the kids were heading back to the trailer when the cougar latched onto Cason’s head and neck, sending the other children screaming.

“Alishea jumps – flies – out of her lawn chair and runs down there and just grabs a big rock off the beach and just closes her eyes and throws it and prays to God she doesn’t hit Cason,” Chay said. “And thank God she hit the cougar right in the head and it startled him and he dropped Cason from his death grip.”

STARS flew Cason to the Stollery Children's Hospital in Edmonton in stable condition, where he underwent surgery.

Chay said he received over 200 staples and surgical camps and stitches in his head, neck and chest. He will need dental surgery later, she adds, to remove a damaged tooth from where the cougar's tooth hit Cason’s jaw.

“Tried giving him a shower this morning and he saw a glimpse of himself in the mirror and just absolutely broke down,” she said, adding that there are mental health professionals lined up to work with all the kids. “But I think every day from this point will be getting better.”

At the end of the day, Chay said it was a miracle her son Cason wasn't hurt worse.

“You’re always scared of cougars, but you never think it would happen,” she said.

“The fact that [it] wasn't a full-grown cougar was what saved his life.” 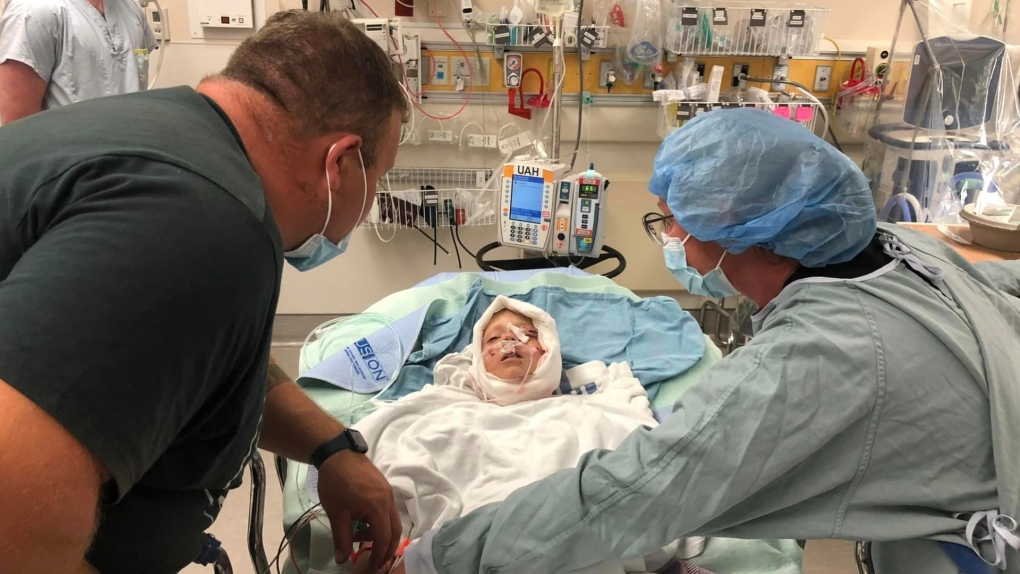 Cason, 7, was attacked by a cougar while camping near Rocky Mountain House on July 31, 2022. (Courtesy: Chay Feuser)

The area was closed until Tuesday morning when a forensic lab confirmed with DNA that the cougar was responsible for attacking the boy.

Under the Canada Council on Animal Care Guidelines, Alberta may euthanize a cougar if it is conditioned to feed on unnatural food sources or frequent in human-use areas, or is a threat or has attacked a pet, livestock, or a human, whether provoked or not. 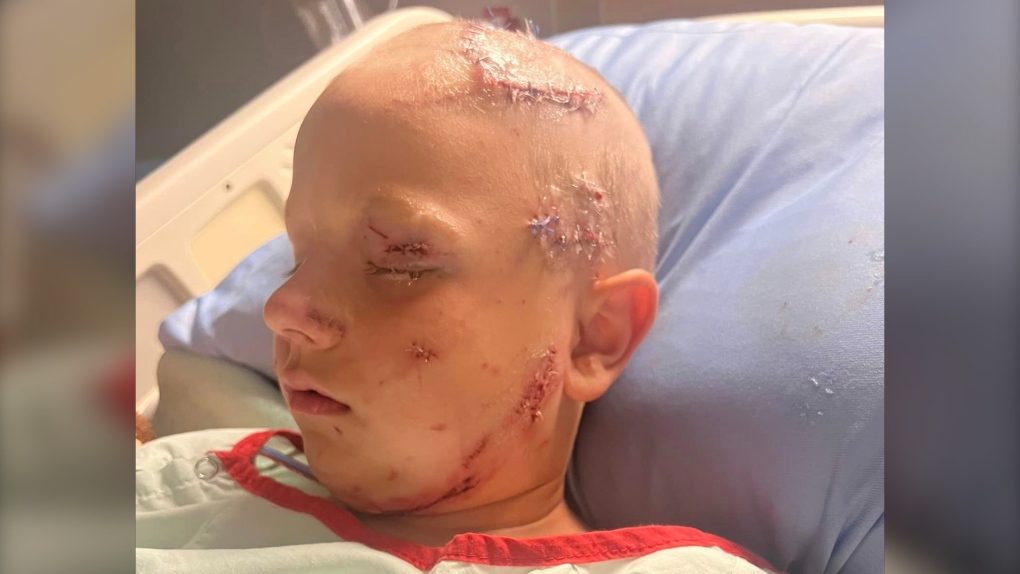 Cason, 7, was attacked by a cougar while camping near Rocky Mountain House on July 31, 2022. (Courtesy: Chay Feuser)

Kohut called cougar encounters rare as the animals are normally shy of humans and will typically leave the area if they know humans are nearby. However, he advised taking precautions: