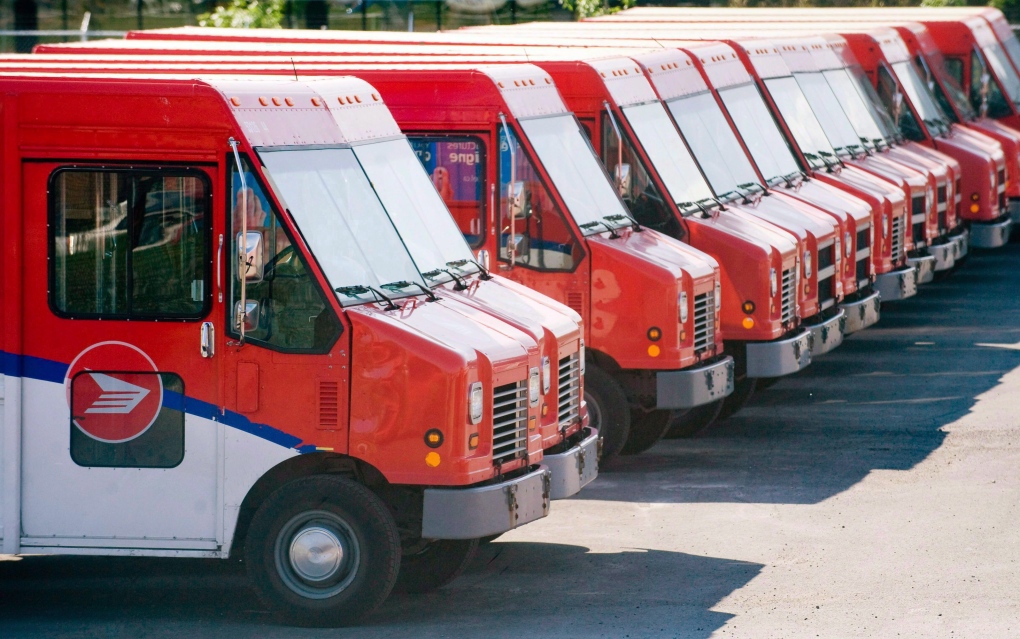 Canada Post vehicles sit outside a sorting depot in the Ville St-Laurent borough of Montreal, in this June 6, 2011 photo. (Graham Hughes / THE CANADIAN PRESS)

TORONTO -- Canadians mailed fewer packages through Canada Post in the second quarter, eroding results across most of the Crown corporation's operations, while its courier business Purolator got a boost partly from more orders sent by e-commerce retailers.

Noting that the "decline of mail is not something that's going to rebound," the Canada Post Group of Companies said that reality would weigh on any new labour agreement with its workers.

Mail volumes were down 4.4 per cent or 31 million pieces, it said.

Canada Post also has a roughly $4.7-billion solvency deficit in its pension plan.

The company noted that 71 per cent of its overall costs are tied to labour, which is why it believes it's important to reach a collective agreement with the union representing its employees.

"It's time for us to have some realistic discussions based on the current realities we now face," said Jon Hamilton, Canada Post's director of communications, in a phone interview.

"The decline of mail is not something that's going to rebound. Canadians are using Canada Post in different ways. Their expectations of what Canada Post can offer are different and we need to adjust for that."

Hamilton said that Canada Post gave its most recent offer to the Canadian Union for Postal Workers on July 19.

"For us it's an offer -- and it's a new offer -- (but) there's things we have to discuss with our negotiation committee," said Denis Lemelin, national president of the CUPW.

The CUPW has urged Canada Post to expand its operations to focus more on parcel delivery, as well as consider launching a consumer banking services division that would mirror successful ventures in the United Kingdom and Australia.

Canada Post locked out some 50,000 of its employees last summer after a series of rotating strikes.

The dispute ended with federal back-to-work legislation that forced workers to accept wages that amounted to less than Canada Post's last offer.

Arbitration hearings to bring a final settlement were delayed, and earlier this month the CUPW asked Labour Minister Lisa Raitt to appoint a mediator.

So far, the union hasn't received a response from Raitt, other than to acknowledge the request, Lemelin said.

The Canada Post Group of Companies is made up of Canada Post, Purolator, SCI Group and Innovapost.