Morning flurries, warmest afternoon of the week: This is your Edmonton forecast 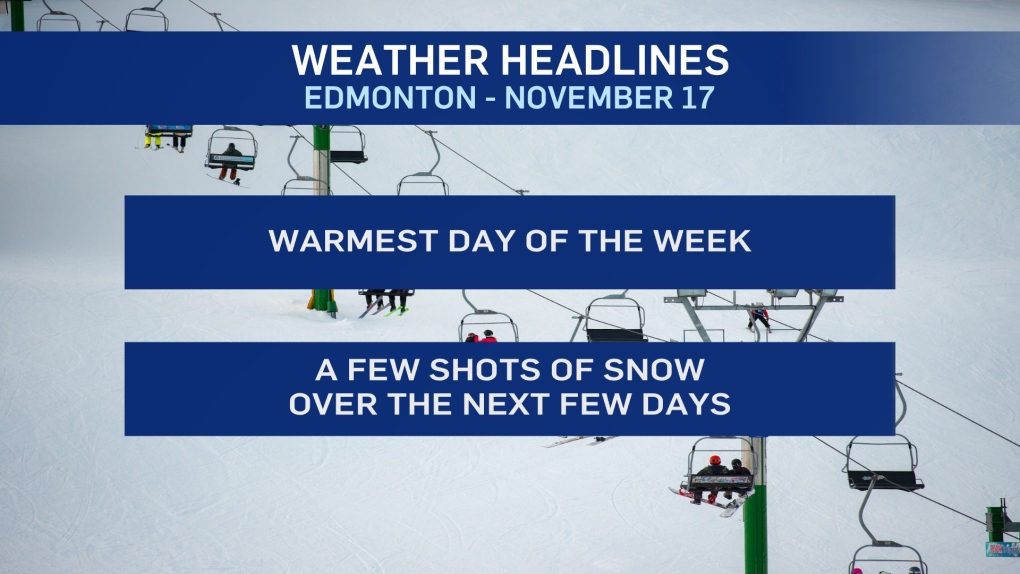 EDMONTON -- Flurries in the Edmonton area this morning will push north and we'll be left under mostly cloudy skies for much of today.

Temperatures will climb close to zero this afternoon.  But, it'll be breezy with 15-20 km/h wind and occasional gusts to 30.

We'll hover near zero through this evening and then cool to a high near -3 Wednesday.

Heavy snow will hit northern Alberta today and Wednesday with the High Level and Fort Chipewyan regions getting 15-20 cm of snow.

Edmonton gets another "chance" of seeing some snow Wed and Thu.

The Canadian GEM model wants to push some mixed precipitation or wet snow through the area Wednesday morning.

The RPM model keeps that risk of precipitation south of Edmonton.

A low pressure system sliding across southern Alberta Thursday gives the Edmonton region another shot at getting some snow.

But, most of the heavier snow looks like it'll be from Ponoka/Red Deer south through the Calgary area.

So, some small shots of snow over the next few days.  But, the big story will be the temperature swing, not the snowfall.