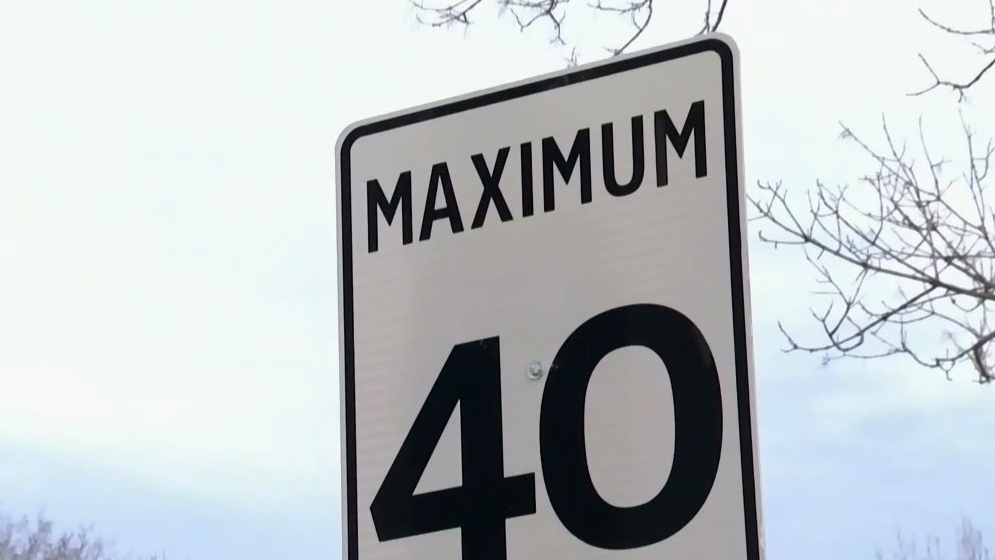 EDMONTON -- Standard speed limits on residential streets in Edmonton will be reduced from 50 km/h to 40 km/h by next summer.

City council voted in favour of the proposed bylaw Wednesday, bringing it past third reading and into effect.

The change will affect most local and collector residential roads currently posted at 50 km/h.

“The physics is undeniable,” said Mayor Don Iveson, who supported the speed limit reduction. “I have heard consistently that people would like action on speeding in their neighbourhoods.”

City staff said exceptions will be made for 22 residential roads, which will remain 50 km/h zones.

According to city administration, implementation of the new default residential speed limit will cost $1.1 million, funded by the Traffic Safety Automated Enforcement Reserve.

That money will be used for 1,500 replacement speed limit signs for the new 40 km/h zones.

The cost of installing one sign is roughly $150, according to city staff, with that cost going down when the signs are purchased in bulk.

Not everyone sitting on Edmonton’s council was in favour of the speed limit change.

“I absolutely agree that this should not be a priority right now,” said Coun. Jon Dziadyk. “In my consultation with residents of Ward 3, people seem to be either ambivalent or completely against it.”

“This should not be super controversial,” Coun. Scott McKeen told his colleagues. “Forty kilometres an hour will help us get towards reclaiming our streets for everyone.”

The new bylaw was also supported by the Edmonton Federation of Community Leagues (EFCL).

“The EFCL has heard so many stories from community members who don’t feel safe allowing their children to walk or wheel to school,” Stephanie Kovach from the EFCL told council during the public hearing. “We’re all objectively aware that people continue to be seriously injured or even lose their lives to motor vehicles on our city streets.”