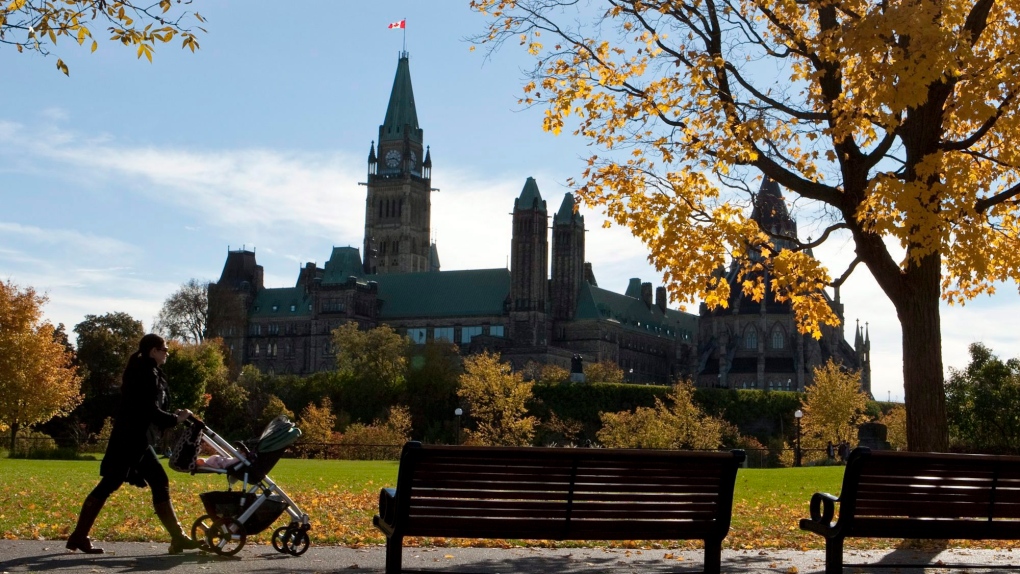 A woman walks with a stroller at Major's Hill Park in Ottawa on Monday, Oct 11, 2010. (Pawel Dwulit / THE CANADIAN PRESS)

Don't close the pool just yet.

Fall is just around the corner, there have been some cooler days lately, but summer weather will drag into September in most of Canada, says the Weather Network.

Eastern Manitoba to Newfoundland, southern Alberta and parts of Saskatchewan can expect above average temperatures to continue as the fall season begins, says Chris Scott, director of meteorology at the Weather Network.

"We think there will be a little bit of a hangover, a nice afterglow from the warmth of the summer that will carry over into at least the start of the fall season," Scott said in an interview.

That doesn't mean Vancouver, Winnipeg and Edmonton won't see warm days ahead, but the larger western cities will all have closer to normal fall temperatures, says Scott.

In the North, the Weather Network says fall temperatures and precipitation will be mostly in the normal range, except for northern Nunavut, where it will be slightly warmer than average.

As the season progresses into October, the Weather Network forecasts a see-saw of cold spells interspersed with warm days until cool air eventually takes over late in the fall, possibly mid-November.

"There will be a few shots of cool but there are still quite a few warm days ahead. I wouldn't close the pool just yet," Scott said.

A warm Thanksgiving long weekend looks like a real possibility for many Canadians.

"There will certainly be some people eating turkey outdoors," said Scott. "We can't quite predict that far in advance, but we do think there will be at least some opportunities for enjoying the outdoors this fall across a good section of the country before things turn chilly."

There have been 12 to 17 storms named in the Atlantic Basin so far, as the hurricane season picks up.

Five to eight of those have been treated as possibly developing into hurricanes and at least two or three being considered major storms.

It's early to say how those storms will affect Atlantic Canada, according to the Weather Network, it all depends on how they travel along the U.S. east coast.