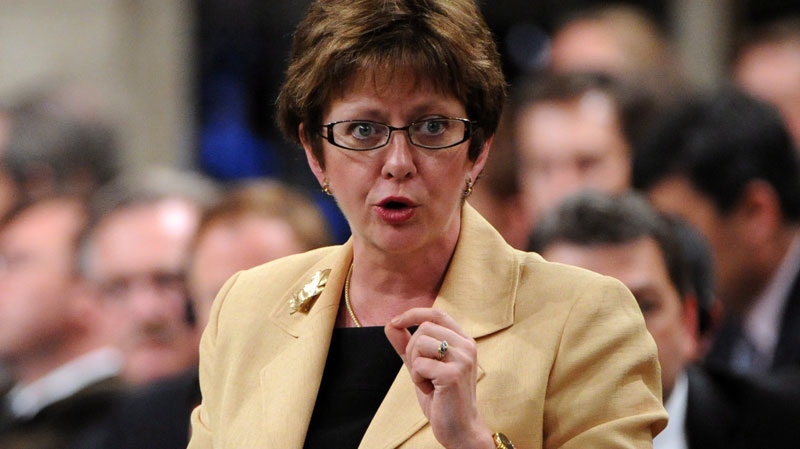 Human Resources Minister Diane Finley a question during Question Period in the House of Commons in Ottawa on Thursday, June 21, 2012. (Sean Kilpatrick / THE CANADIAN PRESS)

Mounties have been called in to investigate how a federal agency lost a portable hard drive containing personal information of more than 500,000 people who took out student loans.

The missing files include student names, social insurance numbers, dates of birth, and contact information of 538,000 borrowers between 2000 and 2006.

In a statement released Friday, Diane Finley, Minister of Human Resources and Skills Development, called the incident “avoidable” and said all steps are being taken to notify those affected and ensure the situation doesn’t happen again.

“The department will be making every effort to contact the individuals whose information was lost. This includes direct notification to those for whom we have current contact information,” Finley said in the statement.

“I am releasing all details on the breach publicly and we will be working with a number of external partners to ensure that Canadians are made aware of the data loss. The Department is continuing its investigation. The Office of the Privacy Commissioner has been consulted. My office has engaged the Royal Canadian Mounted Police on this matter, given its serious nature.”

The government says there is no evidence at this time, that any information has been accessed or used for fraudulent purposes, but “extensive and thorough search efforts have been undertaken and continue.”

No banking or medical information was included on the portable hard drive.

Human Resources and Skills Development Canada is sending letters to all affected.

Click here for more information on what to do if you believe your personal information may have been compromised.

Finley said as a result of the information loss, Human Resources and Skills Development Canada employees will now have to undergo mandatory training on a new security policy to ensure similar situations do not occur in the future.

“Further, I have instructed that the new policy contain disciplinary measures that will be implemented for staff, up to and including termination, should the strict codes of privacy and security not be followed,” Finley said.

The privacy breach comes after the same department lost a USB drive containing personal information of about 5,000 Canadians in December.