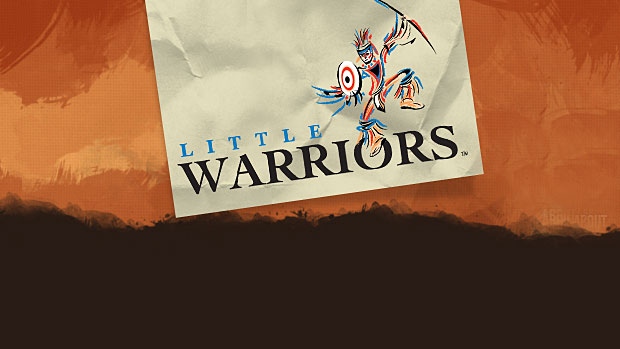 An Edmonton-based organization that helps sexually-abused children are looking for new ways to help fund a new treatment centre, after their application for funding was denied by the province.

Little Warriors had recently requested $650,000 in funding for its Be Brave Ranch, which – when completed – would become the country’s first long-term treatment centre for child victims of sexual abuse.

Glori Meldrum, founder and chair of Little Warriors, says the Government of Alberta rejected their funding application, saying money was not available.

“I don’t understand that there’s so much money for some things and little to nothing for things that are the most important and those are our kids,” Meldrum said on Friday.

Little Warriors had made an application under province’s Community Facility Enhancement Program for $400,000 and $250,000 under the Other Initiatives Program, to assist in funding for the ranch.

In a letter addressed to Little Warriors, the province said funding to the organization was not available.

“Each year, the CFEP and OIP funds hundreds of community projects across Alberta, however they continue to be oversubscribed with the result that many worthwhile projects cannot be supported,” read the letter, which was signed by Minister Heather Klimchuk and Minister Dave Hancock.

“Unfortunately, grant funding is not available for your project at this time.”

Meldrum said the organization had been in talks with the province for some time – working out details on funding.

“Our understanding was that we had one more document to give them, which is either the signed purchase agreement, or signed land agreement, and the funds would be released but then in the mail, we get a letter that says we’re not getting anything,” she said.

“I just don’t understand why a group like Little Warriors who has an incredible brand and an incredible following right across the country, would be denied,” Fleury tells CTV News.

“They were asking for something that I believe is so badly needed.”

Fleury, who was sexually-abused as a teenager, has made it a mission to help empower sexual-abuse victims.

“It’s really sad because I get probably a thousand emails per month of people disclosing to me for the very first time in their life of their own sexual abuse that happened to them and they ask me.. ‘I’m ready to start my healing but I have nowhere to go,’” he said.

Little Warriors is that place to go, Fleury says.

He has been working with the organization to figure out other ways to raise the money.

Fleury will be walking from Toronto to Ottawa in May in an effort to raise awareness about child sexual abuse, while raising money for groups who help victims – like Little Warriors.

The Be Brave Ranch is intended to treat 40 children who have been victims of sexual abuse, each month.

Funding for the facility and programming is estimated to cost a total of $3.4 million.

Meldrum says Little Warriors has already raised about $1.4 million for the ranch since last March.

She says last year the province gave money to the organization for programming development at the Be Brave Ranch.

Meldrum says the ranch will be built – one way or another.

“I made a commitment to the kids in Canada, in Alberta, in Edmonton, that I’d build this for them and with or without the government, we will continue to raise that money and build that facility,” she said.