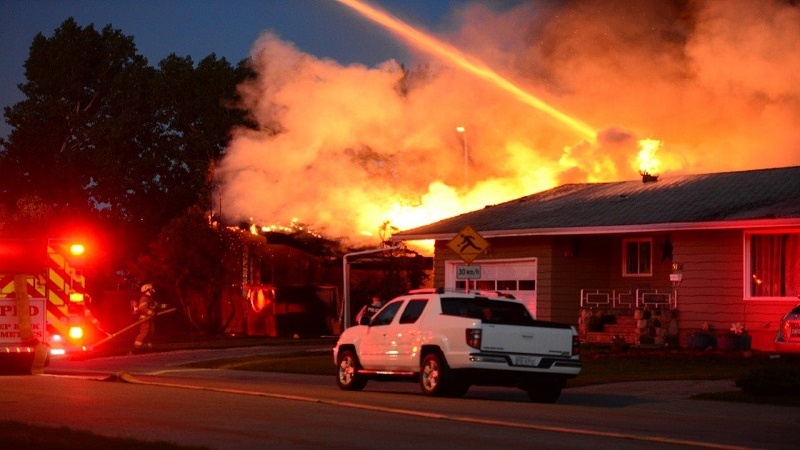 Grande Prairie RCMP believe this residence in the area of 91 Avenue and 99 Street was deliberately set on fire in the morning of Sunday, May 28, 2017. William Vavrek.

The Grande Prairie fire department responded to the first fire in the area of 90 Avenue and 99 Street at around 3 a.m. after a witness called 911.

The house was occupied at the time of the fire, but RCMP said all occupants escaped without injuries.

Moments after the first fire was extinguished, RMCP and Fire noticed a second structure fire nearby on 91 Avenue and 99 Street.

RCMP said the second residence was empty due to renovations. A house north of it caught fire due to the heat and occupants had to be evacuated, but did not suffer any injuries.