Among the championship banners for MacEwan University's hockey teams is the banner showing Jordyn Reimer's number.

Jordyn was part of three MacEwan Griffins woman's hockey team championships. In May, she was killed in a crash back in her hometown of Winnipeg that her family says involved an impaired driver.

On Friday, the hockey team hosted a ceremony honouring Jordyn's five years on the team and retiring jersey number nine, her number.

"We are very honoured and very appreciative," said Doug Reimer, her father. "She loved playing here. She loved all her teammates. She had such a good time." 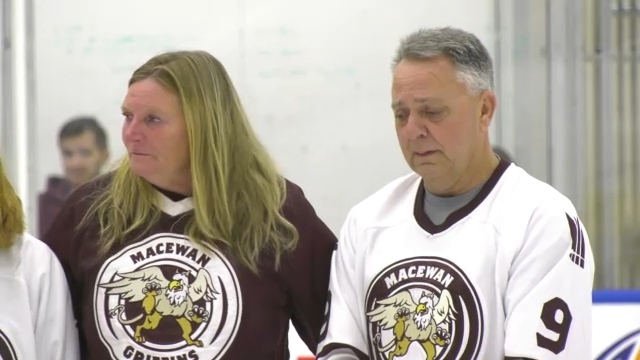 Jordyn was named to the MacEwan Athletics' three-star list during the 2019-19 season and scored five goals and netted seven assists.

Doug said his daughter was acting as a designated driver for her friends when an impaired driver struck their vehicle.

When asked what their daughter would have thought about her number being retired, her parents both agreed that she would have been proud.

"She would've thought she wouldn't have deserved it," Doug said.