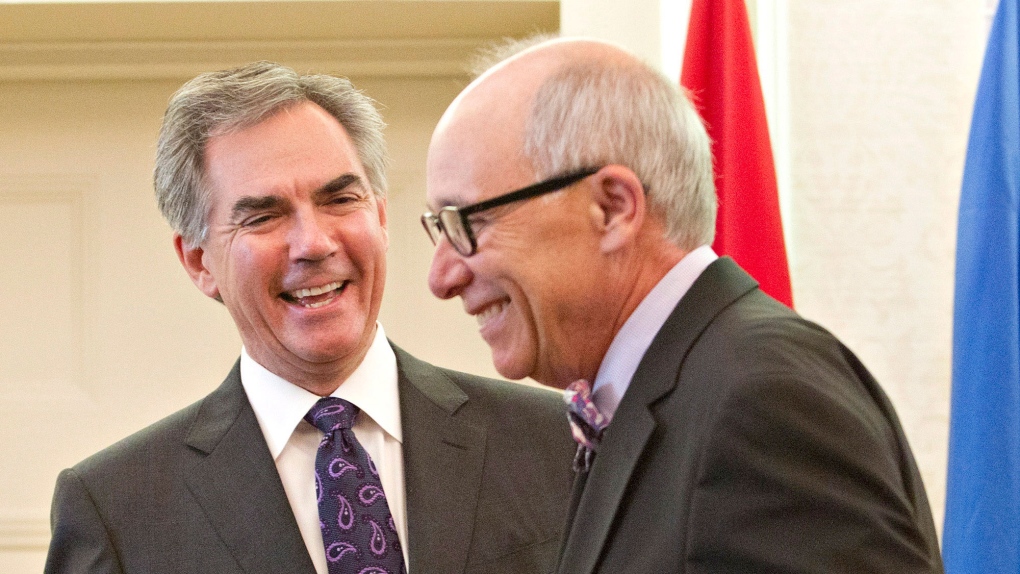 Jim Prentice has a laugh with newly appointed Health Minister and former Edmonton Mayor Stephen Mandel after Prentice was sworn in as Alberta’s 16th Premier in Edmonton, Alberta on Monday September 15, 2014. (Jason Franson / THE CANADIAN PRESS)

Two members of Premier Jim Prentice’s cabinet, who have not been elected to seats in the Legislature, have announced plans to seek election.

The Edmonton riding was held by former premier David Hancock, who has announced plans to leave politics, while the riding in Calgary has been vacant since former premier Alison Redford resigned as an MLA in early August.

The by-elections have yet to be called.