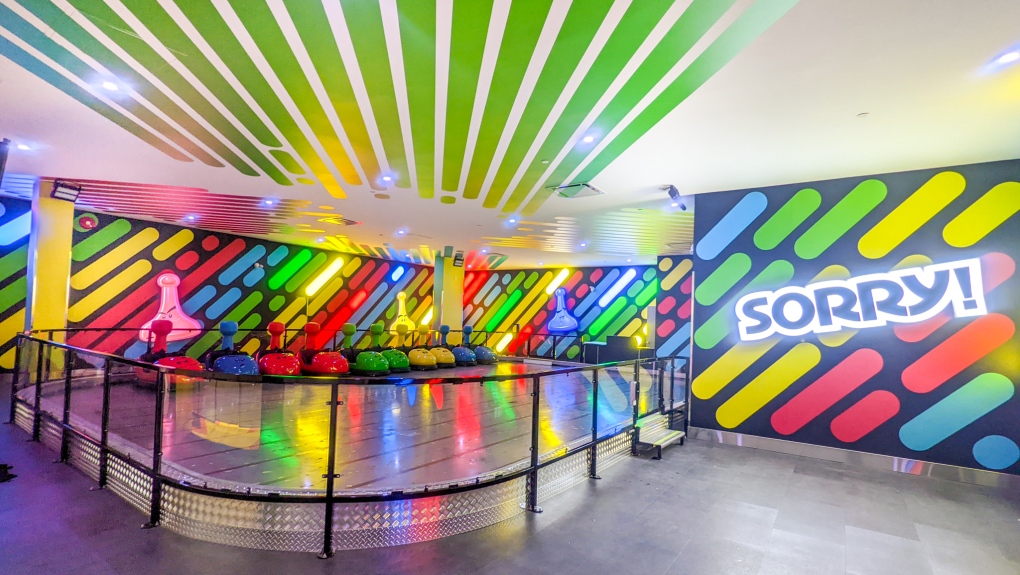 Galaxyland has transformed three-and-a-half acres of its amusement park into Hasbro-themed attractions.

The newest addition to the park is modelled after the iconic board game Sorry!, first distributed in 1934.

Sorry! Slider Bumper Cars is now open and features a fleet of cars ready to take for a spin on a brand new track with themed lights, a release from West Edmonton Mall (WEM) read.

Other completed transformations at the park include Trouble Twist, My Little Pony’s Flight to Equestria and Rainbow Bounce, plus the Hungry Hungry Hippos Feeding Frenzy adult bumper cars.

Some of the more notable wall games at Galaxyland now include Mr. Potato Head, Monopoly and Operation.

Once the new attractions are all complete, WEM noted it will be the first Hasbro-themed amusement park in Canada, offering more than 27 rides, games and attractions.

“We’re thrilled to bring several exciting rides and activities themed to many of Hasbro’s iconic brands,” Matt Proulx, the vice president of location based entertainment for Hasbro, said.

Now that Sorry! has opened to the public, the Play-Doh Space Pad Party Room will be unveiled next, according to WEM.

Other themed builds to anticipate in the near future will include G.I. Joe, Nerf and Battleship Ouija.