EDMONTON -- While the premier has assured Albertans the province is “not anywhere” near needing to call in the Canadian Red Cross for COVID-19 help, doctors don’t have the luxury of not preparing for the possibility that could change.

Calgary family physician Dr. Christine Gibson received an email from the College of Physicians and Surgeons of Alberta on Thursday asking if she’d be willing to leave her community clinic for redeployment if necessary.

It’s not unlike the request the college made in the spring, when the province was reporting fewer than 200 new cases each day and in-province COVID-19 fatalities numbered less than 100, but wasn’t sure where the pandemic would go.

But Thursday, Alberta reported 1,854 new cases, total hospitalizations surpassed 500, and fatalities tallied 575 – all the while provincial leaders were making contingency plans for Red Cross and the Public Health Agency of Canada to build pop-up treatment centres if Alberta’s hospitals run out of room.

“I don’t know if it’s obvious, but this is not ideal,” Gibson said.

This time, Alberta is in a second wave. It’s worse than the first.

“If you think of the concept of a field hospital, it is a building that’s erected out of nowhere. And beds that get set up like little cots,” she explained.

“I kind of think of it like war time. So why are we in wartime?”

The CPSA said it was reaching out to family doctors on behalf of AHS. Doctors were told redeployment could include being placed in emergency care settings. 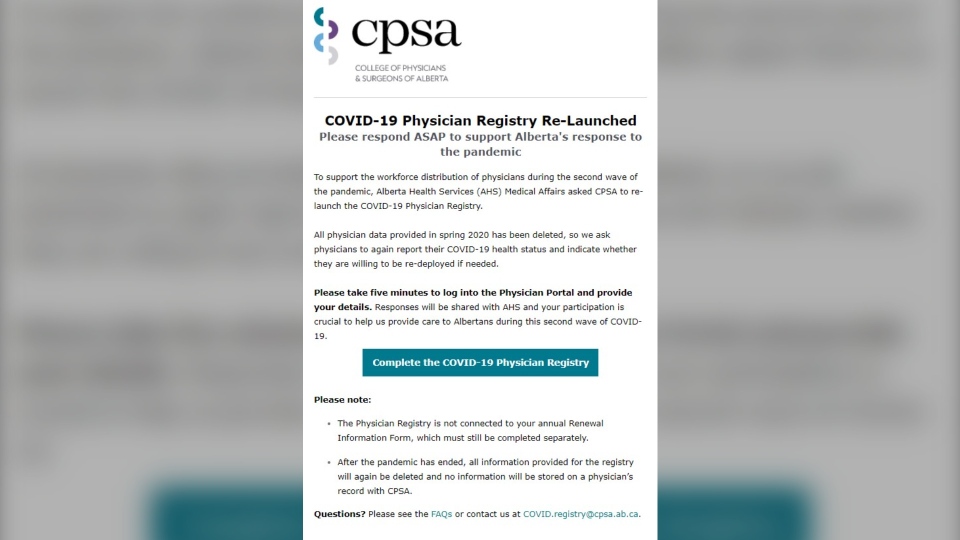 Their responses to the college will be given to AHS, which said the process was to ensure it had “the capacity to handle the surge in patients.”

At the legislature on Thursday, Alberta’s health minister reiterated Alberta Health Services had no current plans to staff the potential field hospitals, but that the talks with the Red Cross and PHAC were to ensure the equipment would be available if it was ever needed.

“They may or may not even be used,” Tyler Shandro told media.

However, another physician, Dr. Tehseen Ladha, considers it a question of when – not if – the facilities will come online.

“If you look at our case rate and the fact five per cent of each COVID case is hospitalized, and if we're looking at (1,600 to) 1,800 cases a day, we're looking at 40, 50, 60 hospitalizations per day,” the doctor said. “There are not that many hospital beds in Alberta.”

It’s unclear how the government would staff field hospitals if more beds those 2,600 were needed.

According to Shandro, the province’s ask of Red Cross was only for equipment, but his department was working to ensure Alberta had the workers for COVID-19’s second wave.

He also wouldn’t reveal at what point the field hospitals would be set up or if their operation would prompt a lockdown for Albertans.

The facilities would potentially be built in Edmonton and Calgary. The latter city saw a similar site built by a private company earlier in the year.

In the spring, Edmonton Mayor Don Iveson said officials explored the feasibility of setting up a field hospital at the former Northlands venue, either in the EXPO Centre or its parking lot.

Whatever happens, he said the city “stands ready to assist.”

Meanwhile, Gibson’s evaluating her own readiness.

With 17 years of hospital experience, she said it would be reasonably easy to go back to inpatient care.

“When I got my request six months ago, I jumped on it thinking, ‘Wow, they’re going to need me in hospital,’” she recalled. 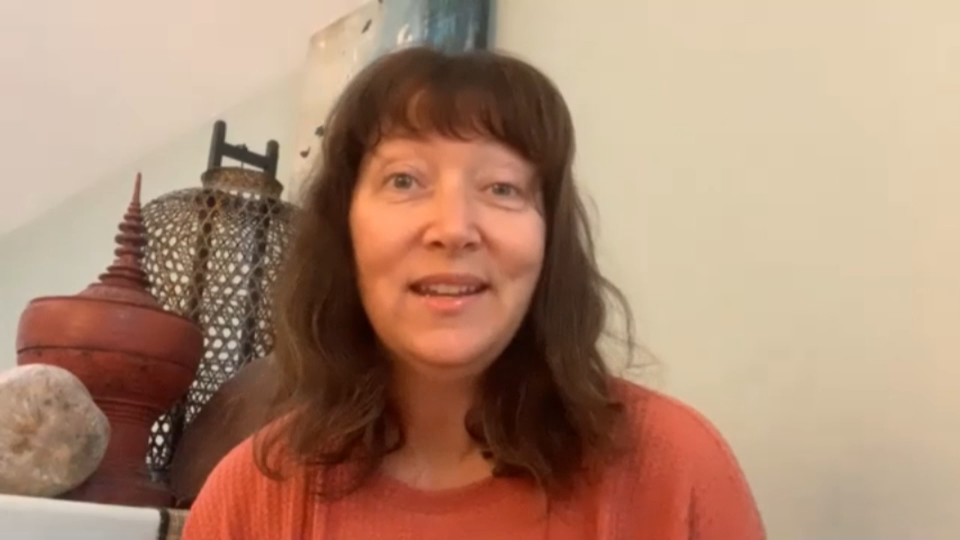 But since then, she’s found she’s arguably more help where she is: “We’re managing 90 to 95 per cent of COVID cases in community.”

Her clinic is located in northeast Calgary, whose communities have some of the highest transmission rates in the city.

Gibson and her staff are expected to call some patients every single day to make sure they can breathe or walk up the stairs.

Occasionally, she’s driven to their houses to leave an oxygen saturation monitor in their mailbox.

“If I were to abandon my position in community, that’s actually quite significant. And that’s what I didn’t understand six months ago,” the doctor told CTV News Edmonton.

It’s not the only reason redeployment gives her pause.

“If we were to redeploy to hospital, it would be incredibly hard physically in terms of the demands of that work, but also emotionally and morally because we’re being asked to do something that’s not in our training and skill set,” Gibson commented.

The email from CPSA asks physicians to report “their COVID-19 health status.”

Gibson interpreted that as meaning: “Just physical health because every doctor I know is emotionally drained.”

Gibson and Ladha both believe it didn’t have to come to this.

“This could have been avoided with a lockdown,” Ladha said.

Gibson added, “It’s just so frustrating to be in a position where we knew this could have been prevented and it wasn’t and that was a deliberate choice.”

As the holidays near, both are urging Albertans to celebrate Christmas virtually like health officials advise.

“What we need to do is have Christmas in July when we have something to celebrate. But right now, we’re all in danger and we need to act accordingly.”