One in hospital after fire east of Sherwood Park 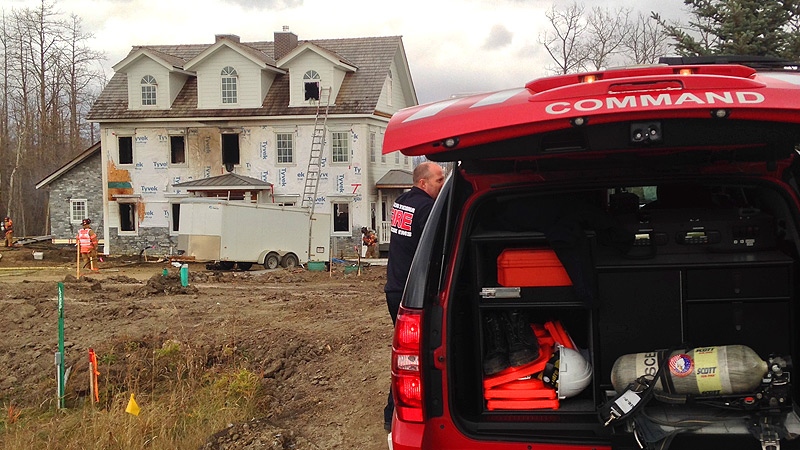 Fire crews on the scene of a house fire in the Crimson Leaf Estates area, just east of Sherwood Park, on Tuesday, October 22.

A construction worker was rushed to hospital, and a home under construction will have to be torn down, after a fire broke out Tuesday afternoon.

Firefighters were called to the fire at a home being built at Crimson Leaf Estates, just east of Sherwood Park, at about 1 p.m.

When they arrived, smoke was coming out of the first floor; officials later determined the fire started in the basement, where a construction crew was working.

One worker suffered burns in the fire, and had to be taken to hospital.

Hours later, officials said the fire had been contained inside the home, and some hot spots were being put out – one other home was evacuated although the fire didn’t spread to other buildings.

Officials told CTV News the family set to live in the home was to move in in about one month, but after the fire, the home will have to be torn down and rebuilt.