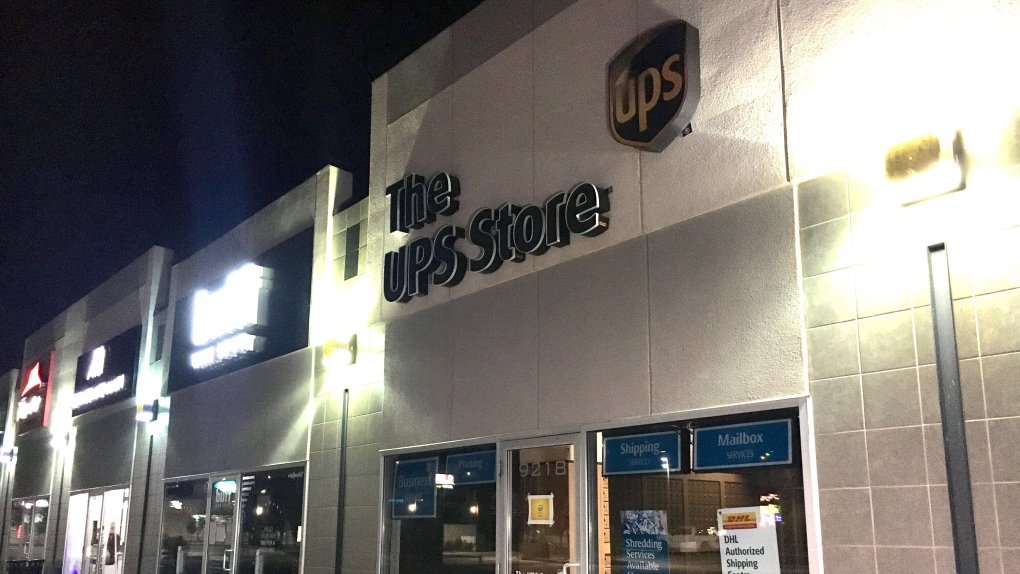 A suspicious package with white powder coming out of it was discovered at this south Edmonton UPS store on Sept. 10, 2020.

EDMONTON -- Hazmat crews were called in after a suspicious package was found at a UPS store in Edmonton Thursday night.

Edmonton Fire Rescue Services said crews were called to the store just before 6 p.m. after a staff member clearing out an abandoned mailbox found a package with white substance coming out of it.

The package was handed to Edmonton police officers to investigate after field tests on the substance yielded no results.

There were no injuries reported and the area was cleared by 7:23 p.m.

Police confirmed that they are testing the white substance but could not provide any further details.