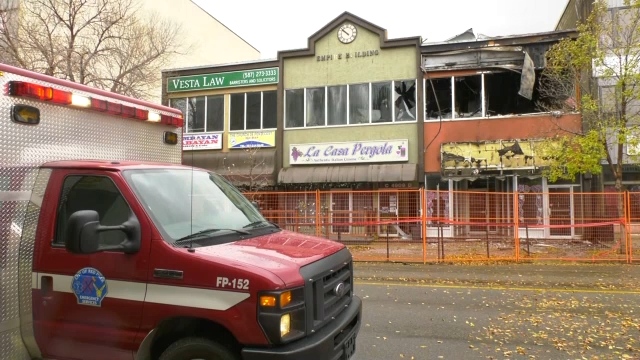 Flames tore through the Empire Building in downtown Red Deer during the early hours of Oct. 10, 2021.
Edmonton -

Crews are working to determine the damage to a downtown Red Deer building after an early morning fire on Sunday.

Several businesses at the Empire Building were damaged in what Red Deer Emergency Services described as a "major structure fire."

Flames broke out around 5:30 a.m. Sunday. Parts of the area around 48 Street and 49 Avenue were closed for part of the day.

No injuries were reported and investigators are still looking to determine the cause of the fire.