EDMONTON -- Two suspects in an early morning shooting in northeast Edmonton are still at large.

A 30-year-old male victim was shot at 5:15 a.m. Friday morning in an alley north of 118 Avenue at 84 Street, an officer on scene told CTV News Edmonton.

The man was taken to hospital with serious injuries.

A K-9 unit searched for one male and one female suspect who reportedly fled the scene. No suspects are currently in custody.

According to police, officers continue to investigate. 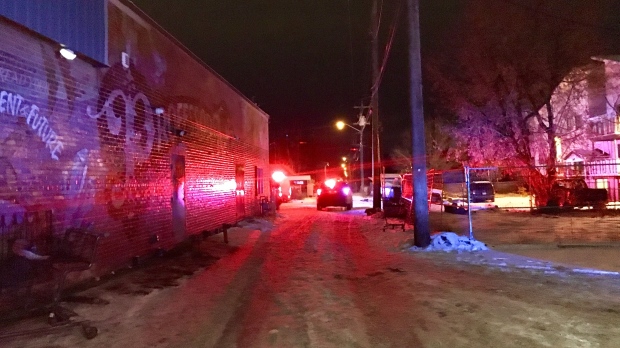